The Coronavirus Pandemic is a reminder that, along with terribly tragic outcomes in an increasing number of cases, this is also an incredibly blessed time in which we live–for many reasons, but particularly for recent advances in healthcare. (1)

As I touched on in an earlier post, “Written In Stones”, from the beginning of human existence until only eighty years ago, any of us could get a simple scratch or blister and then die from the resulting infection. There was no cure. None. That’s what happened to President Coolidge’s sixteen year old son while the First Family lived in the White House.

Only when penicillin was discovered and then manufactured in bulk were we first saved from being killed by a scratch. Somehow people went on with life, I think because there was no alternative, no choice. You just did your best to protect your family, prayed, and kept going.

More recently, think about polio, which was a terrible summer-time killer in my own living memory. Here is a bit of history from an NPR website:

Seventy years ago, polio was one of the most feared diseases in the U.S.

As the weather warmed up each year, panic over polio intensified. Late summer was dubbed “polio season.” Public swimming pools were shut down.

Movie theaters urged patrons not to sit too close together to avoid spreading the disease. Insurance companies started selling polio insurance for

The fear was well grounded. By the 1950s, polio had become one of the most serious communicable diseases among children in the United States.

In 1952 alone, nearly 60,000 children were infected with the virus; thousands were paralyzed, and more than 3,000 died. Hospitals set up special units with iron lung machines to keep polio victims alive. Rich kids as well as poor were left paralyzed.

Like the Coronavirus today, most people who contracted polio actually had no symptoms at all. So they went about their normal lives, spreading the disease by personal contact to those most susceptible—in this case not the elderly, but children.

The nation’s population in 1952, when I was five, was about half of what it is today. Imagine being a parent with a viral disease on the loose which no one could explain or cure, and which attacked children, crippling or killing them.

In the summer of 1952 my mother was 31 and my father was 33. They had graduated from college as World War II started, and both had suffered the loss of close friends, plus upended personal lives from what they had imagined while at school.

We lived in a small home in Decatur, a suburb of Atlanta. At that time I had one younger brother, who was two.

I remember being required to rest every day after lunch, with polio as the stated reason. And the swimming pool which we frequented was often closed—I’m not sure of the precise calculation on any given day. No one knew whose child would be next, because no one knew exactly how the disease spread.

In my case, I’d had rheumatic fever at age four. For months my mother had to carry me, literally, from by bed to the sofa to the bathroom because the doctor didn’t want to strain my heart by walking twenty feet. I didn’t attend kindergarten because of my presumed reduced immune system.

Into that situation dump the polio epidemic of 1952. I can’t imagine what it must have been like for parents. What if the federal or state/local governments had tried to do then what we are doing now with social distancing and major closings? I can’t know, but I imagine my parents would have done almost anything to reduce the threat of this virus to their two young sons. But without much television and of course no internet, and in the midst of a hot war with China in Korea, it’s hard to imagine how a coordinated and effective 15 Day Slowdown could have been implemented or enforced.

I also imagine that treatments were not as robust or effective in 1952. If it’s hard to create a ventilator on short notice, imagine an iron lung. But without the national 24/7 news cycle, a screw-up in New York probably did not make the news in Atlanta five minutes later, so perhaps people were more locally focused and more buffered from what occurred elsewhere.

Two points stand out to me about this comparison between two pandemics across nearly seven decades of our history:

1. The families in those days and the nation as a whole somehow got through the polio pandemic to an effective vaccine just three years later, like they had the Depression, World War II and the Korean War. Like with an infected scratch before penicillin, there were no choices. You just kept going. Theirs was a tough and resourceful generation. Will we be similarly remembered?

2. We are incredibly blessed to have the information and the choices that are ours today. Based on scientific, medical facts, most of us have modified our personal behavior in a way which is flattening the pandemic’s curve and reducing its ability to kill. Treatments may soon be available off the shelf. A vaccine should be available in a year or less, not a decade or more. We have private and government resources to provide medical and economic help in ways that were impossible to imagine in 1952. We are, in short, incredibly blessed.

After this long introduction here is one imperfect man’s short summary on how we should respond to this pandemic, first as Americans of any or of no faith, and then as followers of Jesus Christ.

1. With the above-mentioned opportunities we are given every day to delay and to reduce this disease, thereby reducing the risk that our healthcare facilities and providers will be overwhelmed, for anyone to ignore the common sense guidelines and mandated closings is completely irresponsible. In all probability, most people will have and spread this disease without showing any symptoms. So trying to prove to ourselves and others how robust and healthy we are by mixing closely with others is utterly irresponsible.

2. Without putting our families in financial duress, we should spend money, particularly the money that the government is making available directly or through deferred tax collections. We should shop when and where we can, online and off. Buy gift cards from local restaurants, and then collect our meals later, after this is over—because they can use our cash now to keep people employed. Consider prepaying for summer vacations. For me the key to a quick economic recovery is to keep employees in their jobs and contracts–like leases and mortgages–out of default and litigation, even if we all have to accept less cash flow for a month or two.

3. Be thoughtful, courteous and helpful. Think about the specific needs of family members and neighbors, and how we can help them with mundane needs or bigger issues.

For those of us who know we are actually eternal Citizens of Heaven, and only sojourning here briefly, I add the following for consideration:

1. Pray like the outcome depends on God, because it does. He is in charge of every situation and is not surprised by any of this. He knows what we need, 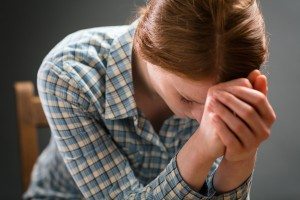 and yet there is nothing more important than prayer. He loves it. He tells us to pray unceasingly. Prayer both reminds us of our dependence on Him and unleashes the power of the Holy Spirit to act and to transform. So pray for physical and spiritual outcomes.

2. Work/Volunteer like the outcome depends on us, because it does. The early Church stood out to the non-believers around them because they took on the hard and dangerous tasks to help those in greatest need, whether church members or not. I’m not advocating that we put ourselves in physical danger. But I imagine that many believers on the front lines of healthcare today have made go/no-go decisions influenced by their faith. The rest of us should err on the side of leaning in and trusting God for what He is asking us to do.

3. Exemplify in all that we do and in everything we say The Fruit of the Spirit: Love, Joy, Peace, Forbearance, Kindness, Goodness, Faithfulness, Gentleness and Self-Control (Galatians 5: 22-23). By doing so, someone may want to know how we can express such peaceful assurance.

4. For that reason, and in general, be ready with your one minute testimony. Nothing you can tell someone after fifty years of theological study is more 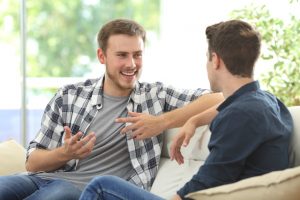 powerful than your own first hand experience. There is some comeback to almost any theological argument, but no one can refute your own experience, because you lived it and know what happened. So be ready. Not with a sermon. With one minute. In my case, Grace and Repentance are the message.

5. If someone does pushback and tell you that they’re doing just fine without God or his son’s gift of salvation, ask them “How’s that working out for you?” and then don’t say anything until they answer, no matter how long it takes. Usually a door will be cracked—maybe just a little—for a meaningful first conversation. We have no idea how God may have been working on someone for the past few months, with the Coronavirus Pandemic bringing his or her questions to a point. Our job is simply to suit up and to play the game—by giving our testimony and by asking a simple question. Only He knows where it may lead.

6. If you have 22 minutes (and who doesn’t?), please watch and listen to Steve Peterson in this video. Steve is a layman (and an attorney), and this is his teaching on March 24th on Philippians 4: 4-7 for The Hub, the Men’s Ministry at Church of the Apostles. It’s the best summary I’ve found about this time, pulling from the Word, Steve’s personal experiences, and greater truths. It’s meant for both genders and for all ages. Enjoy.

So double-down for several more weeks of focusing on individual family members, friends, video conversations, cleaning out the attic, organizing those old photos, etc., etc.  If you live in one of the increasingly numerous hotspots for the virus, the gravity of the issues and requirements for action and counsel will ramp up quickly. Life, Death and Eternity could become daily conversations.

And in all relationships and in all conversations remember Love, Joy, Peace, Forbearance, Kindness, Goodness, Faithfulness, Gentleness and Self-Control.

(1) If you would like a well-documented, secular view supporting the statement about the times in which we live on a general level, read Steven Pinker’s Enlightenment Now: The Case for Reason, Science, Humanism and Progress. And I have written two faith-based critiques of Pinker’s detailed book in earlier posts at “Irrational Belief Trumps Reason in an Unlikely Source” and “Faith is Reasonable”.