A Bridge to No Trump

My usual schedule is to post an essay near the end of each month, but the events of the past few days have intervened for this first month of 2021.

All that being said, I do not believe that the election was stolen in the sense of tens of thousands of fraudulent ballots, or electronic manipulation, simply because I have never seen proof of either. I was of course disappointed with the November Presidential result, while encouraged by most down-ballot results.

Now here is the tragedy, in which I take no joy, because the impact will undermine most of the good things accomplished over the last four years, which is awful, and did not have to happen.

I believe that Donald Trump lost in November because of his own terrible behavior and self-absorption. At the first debate he showed up as a fifth-grade playground bully and instantly turned off many voters who might have supported him. Joe Biden might have self-destructed that night on his own, but he never got the chance to do so because Trump constantly interrupted him. And the campaign went mostly downhill from there. 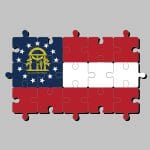 I live in Georgia, which Trump lost by less than 12,000 votes. Meanwhile, over 62,000 people voted for the Libertarian candidate, then also voted down-ballot, probably for Republicans. All Trump had to do to win was NOT turn off a mere 20% of those voters by his self-centered behavior and mean statements about almost everyone, including those who had loyally served him.

As I posted after the election in November, I believed that if Republicans could hold the Senate in Georgia, which certainly seemed probable, all could be reasonably well for the nation. But it was not to be.

Most of us learn in our late teens or early adulthood that things don’t always work out our way, and that our attitude towards those setbacks is what defines character. Somehow I fear that Donald Trump missed that lesson. And the one about just because someone else does something wrong doesn’t give you the right to do the same. Instead, you should rise above their behavior and keep to the high moral ground, because eventually truth and good judgment will win out.

Which leads me to ask a question: What if all the same events, attacks and allegations of the last four years had happened to someone with humility, grace, identifiable principles, and a sense of humor? I think we’d all be in a much better place.

Trump, as he often says about himself, is certainly an “amazing” leader. By vehemently attacking Republican leaders, suggesting that the Georgia Secretary of State should “find” 11,780 votes for him, and focusing the Georgia run-off back on himself, he managed to elect two Socialist Senators from the State of Georgia and to flip the U.S. Senate to the Progressives. Amazing! No one imagined in November that such an outcome was possible, but he did it.

And then he held out vague, false hopes that somehow Congress was going to save his election, which would actually be a Constitutional impossibility 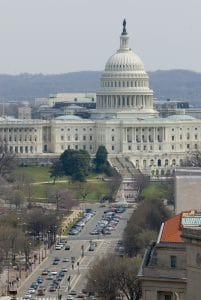 and a death knell for our democracy. On January 6th, he encouraged his followers at a large rally to take their grievances directly to the U.S. Capitol, where Congress was in joint session to fulfill the requirements of the Constitution he had sworn to defend and protect. They unlawfully engaged in a riot to occupy the Capitol, the joint session was disrupted, and America looked for all the world like another banana republic, not the Bastion of Democracy.

In short, Trump incited an insurrection, and, by the way, seriously attacked and undermined a good man who has served him faithfully through thick and thin: his own Vice President, Mike Pence.

In the last six weeks, and particularly at that rally, Trump not only undid the good things he accomplished, but also selfishly betrayed his most loyal followers. Despite what he and his children may think and say at rallies, he, Donald Trump, is not the nation. Nor the government. He is one man who lost an election mostly through his own inability to control his own behavior. A personal tragedy, but not the end of our nation, which is founded on the Rule of Law, not men.

I, and I hope most conservatives, are done with this self-centered, destructive, dangerous man. If he had months left in office, I would say that it’s time for Vice President Pence and the other leaders around Trump to invoke Section 4 of the 25th Amendment, and remove him. Today.

But with less than two weeks to go and the need for an orderly transition—and to save us from the kind of theatrics which is the opposite of what the nation needs now—I hope that instead Trump will agree to stay out of the way, quietly, and let Pence and the rest of his Administration’s leaders honorably run out the clock. A relatively simple and painless bridge to his departure.

Then inaugurate Joe Biden, remake the Republican party, clean up the worst problems with the 2020 election, and try again to push back against the ever-rising tide of bad Progressive policies.

But not with Trump. He is the worst kind of loser: a sore loser.

Imagine a Republican leader with humility, grace, clear principles, great communication skills, and a sense of humor. There must be one or more out there. Let’s find him, her or them and get behind them. Quickly.