The Truth Will Set You Free–Lies Will Enslave You

I am very concerned about finding and acting on the Truth, as any reader of my recent posts will attest. 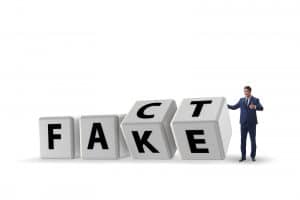 As a student of Russian History who made my first visit to Leningrad in 1969 at the age of 22, I have always been aware of how the Soviet State bent “truth” to suit its needs. From big lies, like portraying their one-party, top-down, controlled elections as “democracy”, to the small lie that prices in their economy had anything to do with real costs or demand—all were fabrications to help keep their elite in power.

Until a few years ago I actually used to say that in our country, whatever problems we may have, we still all value the Truth and use it to settle disputes—once we know what the actual facts are, facts which everyone genuinely seeks, then that Truth will win out and help direct the best courses of action in the future.

I think we are moving perilously close to the old Soviet and current Chinese models, that “truth” is whatever the government and purveyors of information want it to be.

If we cannot count on the Truth to “set us free”, then lies masquerading as truth will enslave us.

So where does real Truth come from? I believe that all Truth comes from God, based on His Word and on supportable facts which are established by physical evidence, corroborated by honest witnesses, and aligned with actual experience.

If elites can make up one set of “truths” this week, then they can just as easily make up a different set next week—and since we know that power corrupts even the best of us—we can be sure that they will, to their benefit, and to our detriment.

To me, for example, the biggest difference between the American and nearly contemporaneous French Revolutions was that our Founders believed the

Truth that our inalienable rights are given by our Creator-God, not by a king or any other person, and therefore should not be taken away by any government—this is the definition of individual liberty based on the sanctity of each person (1). The French—and the Russian, German and Chinese Revolutions that followed—all were based on the lie that some combination of man-made behaviors imposed on society as a whole would bring their nations to a utopia, which, of course, then needed a special group of people to run it. And they all quickly descended into murderous reigns of terror.

That difference, by the way, is today correctly characterized by President Biden as the struggle between Democracy and Authoritarianism, and in this he is exactly right.  But does he not see that many of our government’s policies and our media’s reportings are riddled with lies, not truths, pointing us down the same wrong road?

Following is a list of, at best, half-truths that I believe are incorrect and leading our nation to bad decisions and to a worse, not better, future. I certainly don’t know everything about all of them—I’m very much willing to learn more about the real truth on these subjects, if you can point me in that direction.

Back in January of last year, just before Covid hit, I wrote a post about separating Historic Real Issues from the supposed difficulties of Current Fantasies and Irritations. If you have time, please take a look. Now I’d like to propose, as a counter to the above list of the lies and half-truths that tend to consume all our time and energy, a list of Current Real issues that may actually cause us great harm, now or in the future, if we don’t address them.

Please, all of us, let’s focus on finding the Truth on all of these important issues, and then act on the real facts supported by evidence, witnesses, and experience.  It may be harder to do, but it will insure our lasting freedom.  If we continue to pass laws and policies based on lies, there will be no way to avoid the disasterous consequences. Just ask the corporate Head of HR who has been fired for being an obvious racist becuase there are not 12% black employees in her company, despite her two decades of trying to find qualified candidates. Clearly, she is the problem, not the government policies which have helped destroy the nuclear family across our nation.  Lies have consequences.