As readers of this space know, I agonized over the 2016 election as a gamble between a largely unknown but troubling personality vs. policies which I 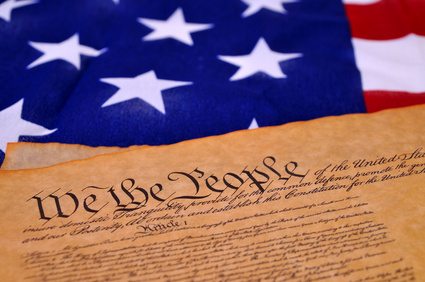 believed would harm our country. I took the gamble on Trump’s personality, largely persuaded by my beliefs on abortion and his approach to rebalancing our judicial system.

Now it’s 2020, and the choice is even more polarized. Are these really the best two Presidential candidates in the nation?

Trump’s personality is no longer a question. He is a self-centered narcissist who views all events and relationships first through the filter of what they mean for him. He treats many people terribly, like a schoolyard bully. If he is a Christian believer, I’m still looking around the base of the tree to see which fruit has fallen. Love, joy, peace, patience, kindness, goodness, faithfulness, gentleness and self-control are not qualities which leap to mind when thinking of him. If he’s ever admitted to making a mistake (other than in hiring people), I’ve not heard it.

Earlier this year I’d had my fill of his personal behavior and was seriously considering just not voting in November.  But not any more. The last four months have convinced me that I must vote in November—even help campaign—largely to pull the Republican lever, including President Trump.

What has made this change?

However bad Trump is personally, the whacko Progressive Mob controlling Joe Biden is much, much worse, will cause more harm, and have much more staying power. Can you imagine our nation being governed by people like the mayors of New York, Chicago, Minneapolis, Seattle, Baltimore or Portland? Can you imagine the consequences of our national government emulating the states of New Jersey, Massachusetts, Illinois, or California with similar laws, regulations and finances? We all might as well join a government workers union or the NEA teachers union, because they will be dictating progressive policies, taxes and deficits to officials who use their lock-step support to stay in power. Not to mention the tragically monolithic Identify Politics voting blocks–be sure to watch “Uncle Tom, The Movie.”

The Biden Progressive Mob are power-hungry, almost-narcissists who will do anything to gain and then stay in power. Do you need some examples?

Back to the election. We simply must not let this Progressive Mob win, because, given their record of the last four years, they will never again let go. The lapdog press will obviously let them get away with anything to keep them in power. Liberties and truths as we now know them will be gone forever in the rush to wokeness, political correctness, thought control and social justice. Property rights and Rule of Law will be no more. There will be no turning back. We’ll be done.

Compared to that, we can navigate four more years of Donald Trump with comparative ease.

Which leads me to the tipping point in my mind for this November. If the whacko, destructive Progressive Mob wins, they will be in power forever. But if narcissistic Donald Trump wins with the Republicans, he is term limited to only four more years. And maybe he’ll get tired or bored after a couple of more and just quit, turning the nation over to the Vice President.  (See my earlier impossible dream on this subject at “Win One for The Nation”).

So for 2020 that’s what it comes down to for me: the Progressive Mob in power forever, destroying our freedoms day by day, or Donald Trump in power for at most four more years. If that’s the only real choice I’m given, I don’t like it, but it’s not even a close call. And imagine Trump with the House and Senate behind him, actually passing much needed reforms and legislation, instead of running kangaroo-court inquisitions at every opportunity. What might we and they get done?  AND there’s still the added benefit of being right on abortion and the judiciary.

And the Progressive Mob needs to lose for the sake of the Democratic Party and the concept of a loyal opposition in our nation. Both parties go through these swings. The Democrats last did so in 1972 and 1984, when they lost big, reformed to the center, and came back to win big. For all our sakes, they need to do so again.

As you enter the voting booth in November, visualize what your life will be like under the control of those who rule all the failed big Democratic cities and states, and then vote for Republicans. They are the imperfect but last bulwark against the Mob.

But if the Progressive Mob does win in November and pulls Uncle Joe’s strings for as long as he can stand up, there is at least some consolation for me. Not far from us are several military bases which were unfortunately named for Confederate generals. So my bus trip to the re-purposed Barack Hussein Obama Re-Education Camp should not be too long. And my family should be able to visit me fairly conveniently, after I “woke up”, stop clinging to my guns and Bible, and start making satisfactory Progress:

Black Lives Matter, Others Not So Much

Traditional Marriage Bad, Anything Else Good

PS: If you need two excellent uplifts in this unusual season, watch Os Guiness at Socrates in the City, and read Eric Metaxas’s great book, If You Can Keep It.  You won’t be disappointed.

Here are some useful references: