Thomas Nagel is a University Professor in the Department of Philosophy and the School of Law at New  YorkUniversity.  He is a well known secularist and atheist.

And yet, in his new book Mind and Cosmos, or Why the Neo-Darwinian Conception of Nature is Almost Certainly False, Nagle destroys one of the key lynchpins of modern secular thought.  From the inside.

After reading his latest work, I believe that Professor Nagel and I would almost certainly agree on the following statement:

“It is untrue that Evolution is a fact.  Instead, both Evolution and Intelligent Design are theories which must be accepted or rejected on the best available evidence, and on belief.”

I don’t usually mix discussions of Evolution and Creation, because they are really different subjects.  But since Nagel does so in such an elegant fashion, I will follow his lead.  He writes:

“Physico-chemical reductionism in biology is the orthodox view, and any resistance to it is regarded as not only scientifically but politically incorrect.  But for a long time I have found the materialist account of how we and our fellow organisms came to exist hard to believe, including the standard version of how the evolutionary process works. 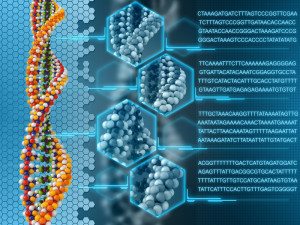 The more details we learn about the chemical basis of life and the intricacy of the genetic code, the more unbelievable the standard historical account becomes.”  (Page 5)

“It seems to me that the current orthodoxy about the cosmic order is the product of governing assumptions that are unsupported, and that it flies in the face of common sense.” (Page 5)

With great detail and logic, Nagel dismisses the Evolutionary model; but then, because he is an atheist, he has to construct a naturalist theory for what he observes and reasons.   Nagel knows that the complex intelligence inherent in every living cell, and the physical fine tuning required for an expanding cosmos, both unknown in Darwin’s time, scream that there is an Intelligent Designer.

Moreover, Nagel reasons that human consciousness and reason itself cannot be the result of purely reductionist chemical reactions and the law of survival.  Something much more must be at work.

“Consciousness is the most conspicuous obstacle to a comprehensive naturalism that  relies only on the resources of  physical science.” (Page 35)

He berates the majority of scientists who denigrate those who believe in Intelligent Design, while he does not himself agree with ID theory. Nagel defends as being accurate most ID theorists’ criticisms of mainstream Evolutionary theory; he postulates that the counter-criticisms come in quick broadsides because his peers don’t want to let “the God toe” into the scientific tent.  Nagel argues that while it may not be God, it is obvious that some force has made us the way we are, a force far beyond chance and chemical reactions.

“Biological evolution must explain the appearance of conscious organisms as such.  Since a purely materialist explanation cannot do this, the materialist version of evolutionary theory cannot be the whole truth.” (Page 45)

“Those actually engaged in research in the subject recognize that they are very far from even formulating a viable explanatory hypothesis of the traditional materialist kind.  Yet they assume that there must be such an explanation, since life cannot have arisen purely by chance…because it looks so much as though it is the product of intentional design.  But the hypothesis of intentional design is ruled out as unscientific.” (Page 89).

With scientific realities of intelligent design abounding—that the code written in DNA is so much more important than the physical DNA itself—Nagel throws off chance, chemical processes, and natural selection as the driving processes for life and evolution. But then he cannot bring himself to take what would seem to be the logical step to a Creator/ID model, and instead postulates an “interim” theory, which he readily admits is unproven and untried, based on teleology—the theory that it has been fundamentally in the nature of nature to be driving toward consciousness and reason since the earliest primordial building blocks.  Nagel cannot account for why this is true, nor prove his hypothesis, but he believes that in the coming years with enough experiments this approach may be proven.

This seems to be another “punt” of extreme faith by those who, on the one hand, understand that Chemical Life from Nothing and MacroEvolution are highly speculative and probably impossible processes, but who, on the other hand, cannot live with the consequences of acknowledging God.  And so they come up with Teleology or Transpermia as ways to get around the mess that Darwin has created, all the while encouraging  high school and college biology teachers to keep stating “facts” that are untrue.  How’s that for being “scientific”?

The breakthrough with Nagel is that he is at last honest about Darwinism.  His basic message is, “Knowing what we now know, how can anyone believe this?”

Here is a passage which is not easy to breeze through, but which clearly touches on what I would label the God-given attributes of reason, truth, freedom of choice, consequences, and belief:

“If we hope to include the human mind in the natural order, we have to explain not only consciousness as it enters into perception, emotion, desire and aversion but also the conscious control of belief and conduct in response to the awareness of reasons—the avoidance of inconsistencies, the subsumption of particular cases under general principles, the confirmation or disconfirmation of general principles by particular observations, and so forth. 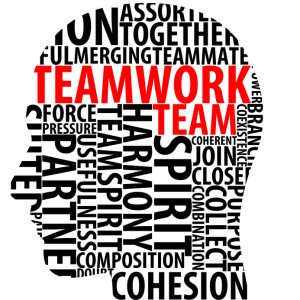 This is what it is to allow oneself to be guided by the objective truth, rather than just by one’s impressions.  It is a kind of freedom—the freedom that reflective consciousness gives us from the rule of innate perceptual and motivational dispositions together with conditioning. Rational creatures can step back from these influences and try to make up their own minds.  …It seems to be something that cannot be given a purely physical analysis and therefore, like the more passive forms of consciousness, cannot be given a purely physical explanation.” (Page 84)

With statements like these I want to say, “Thomas, take a deep breath, and meet God.  He in fact created all of this, if for no other reason than so that you would believe in Him.  Isn’t He amazing?  Now use your many gifts to show others why it is certain that He exists.”

For the time being Nagel is in a half-way house, hoping that natural teleology is going to save him from confronting the actual Intelligent Designer Himself—from dealing with the God who made all of this, and him.

Belief in God would seem to be so much easier and more logical than the contortions required to believe in natural teleology, Darwinism, or transpermia.  But belief in God might mean finding out that the intelligent Creator has intelligent ideas for His creation, and for those whom He created.  Rather than confront that larger and logical truth, Nagel has to put his faith in the hope that future theories and experiments will prove natural teleology to be correct.   What faith that takes!  And so the last sentence of this book, written by a secular materialist, is breathtakingly ironic: “The human will to believe is inexhaustible.”