The Russians and Us

A recent event causes me to write again about a subject which I first posted on in September, 2010: The Russians and Us.

Having lived and worked in Moscow on and off for twenty-two years, last month’s end to our 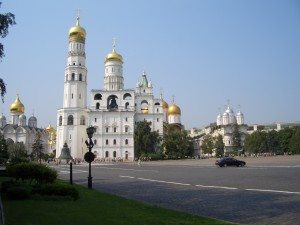 Cathedrals in the Kremlin

This project was the most complicated but rewarding undertaking of my first forty years in real estate.  Primarily because our Russian partners are people whom you would want to have in any joint venture, anywhere in the world.  And every member of their team, as well as most of the vendors with whom we worked, reflected the same ethics, honesty, and hard work of their leadership. It was a remarkable experience, working side by side on every aspect of the project across those years, learning from each other.

“Russians tend to be independent and entrepreneurial; they believe in faith, family, education, friends and looking out for each other. They don’t trust the government, generally don’t invest in stocks, don’t borrow, or keep their money in banks.” (See the entire post).

Why do we have such a problem with Russia?  Because their national government is archaic and corrupt, and their legal system is unpredictable (like some cities and states in the U.S.).  I am not a Pollyanna. Sergey Magnitskey, for whom the recent U.S. human rights law was named, was someone with whom I worked closely and trusted completely.  His murder was reprehensible.  And the Russian government’s current policies in Syria to bolster President Assad seem cruel and irrational, unless they imagine that an Arab Spring alternative in Syria would be even more cruel. 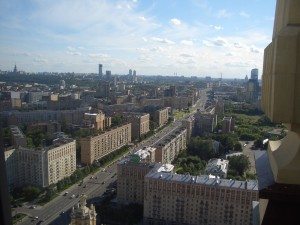 But we cannot let the “dashboard” of those important but finite issues with the Russian government blind us to the larger truths about this country, or to our potential to work together.  Unlike Europe, Russians don’t believe that the government is the answer—just the opposite. Unlike China, the Red Army does not own everything, the internet is not censored, and you can move funds freely in and out.

On an individual level, Russians are very entrepreneurial.  On a macro level, Russia is a European Christian country, well versed in literature, music and the arts, with a third of the world’s oil and a quarter of the world’s gas. Our core beliefs and habits are virtually the same.

I believe that our two nations could develop a very bright future on commercial projects, trade and working together on the most pressing world issues.  The key for us, I believe, is to do an end-run around their corrupt national government.  Businesses, large and small, should grow strong ties with our counterparts in Russia.  Their simple tax system encourages it. Their well educated workforce, always interested to learn new ways, is very attractive.

The point is that, unlike many other places, the human and business connection points are already available, but largely underdeveloped.  Partners like ours must be found, encouraged and supported, so that ethical business enterprises will rapidly expand. In this way there is hope that corrupt practices and the government’s role in general will lessen.  That process should insure that one day corrupt leaders will be marginalized and largely irrelevant.

For now, while a relatively small group of people push back directly against the government’s encroachments, business people should look for ways to engage in joint ventures, association exchanges, internships, trade and education.  A good place to start is the American Chamber of Commerce in Russia, which routinely advocates solutions on both a macro and a micro level across every industry and sector. 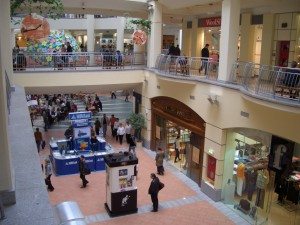 Retail Near a Metro Station

Yes, there are problems. No, Russians, just like us and everyone else, are not perfect.  But our two nations are large, full of natural resources and talented people, skeptical of the government, and entrepreneurial.  We share a Christian underpinning which, while it clearly does not apply to everyone in either country, and may differ on some details, still provides a common foundation for defining relationships.

We should, as much as possible, ignore the excesses of the national government, find viable connection points, and build them fast and strong.