Who or What Will Fill the Leadership Void in Our Nation?

As we approach the 237th anniversary of July 4, 1776, I have several disparate but related thoughts.

We are a young nation. It seems impossible to me, but in just my sixty-six years I have lived through over one quarter of our nation’s history.  If you trace back only four generations past my grandfather, those men actually fought in the American Revolution.

Our nation is young, and as others have said, it is as much a unique combination of ideas as it is a place.  It was founded on personal liberty, freedom from tyranny, minimal government, equality, individual responsibility, the right of association, and democracy.  All of those ideas came together under the leadership of a unique group of men at the end of the eighteenth century, and those benefits and responsibilities have expanded to include all citizens in the intervening relatively short time.

But now those ideas are threatened—and therefore all of us are threatened—because we no longer have leaders who can express and implement the modern versions of these ideas. 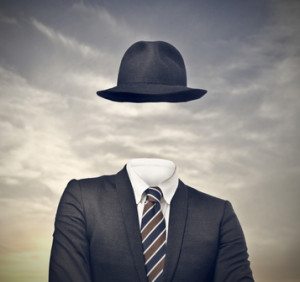 Many on both sides of the aisle now realize that President Obama is an inept and failed leader.  He is a great orator, but seemingly incapable of relating to people and finding real-world solutions.  He is a community-organizer ideologue, not the effective Chief Executive of a great and diverse nation.

And both houses of Congress are also filled with ideologues from both parties.  Because of court-approved gerrymandering, few members have to win approval from a middle-ground of local voters.  Instead, they play to the particular extreme which their district’s boundaries insure, year after year.  The result is legislators who also cannot lead the nation to reasonable, practical solutions.  We are, instead, stuck in gridlock.

One result is that two unelected bodies now make most of the decisions which affect us on a daily basis—the Supreme Court and the Federal Reserve Board.

Meanwhile the politicians and bureaucrats in our government, wanting to do something to justify their salaries, dinners, travel and perks, spend their time criticizing each other and loading us down with regulations, rules, taxes, and debt.

It was not supposed to be this way—we have a leadership void, a vacuum, that began no later than George Bush’s second term.  It is now deepening with every failed attempt at common sense solutions which would improve the lives of those who live outside the elite circles of Washington and Wall Street.

But what really concerns me is that if this void continues, it will be filled one day by someone or something that will not be good.  Not this year or next.  But if you study the world’s revolutions and dictatorships, you will find that the seeds which the extremists sowed were only able to flourish because the ground was made fertile by years of  general public disenchantment, caused by years of increasing oppression from an aloof and uncaring elitist government.

Imagine another decade similar to the last, and ask whether calls for more radical solutions might not gain traction.  In France, Russia and Germany the violent firebrands were able to take control—when they really didn’t expect to—because all of the reasonable people in the middle had withdrawn to the sidelines, believing that government was hopeless and that they could have no effect on any outcomes. 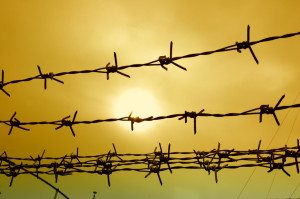 And so there were only a few voices of reason left, and they were quickly overcome by the shouts of those calling to be rid of the “enemies of the people.”  And then the violence began.

As a Believer, my confidence is that God is in charge of all things, including America in 2013.  My hope and prayer for our 237th July 4th is that the vacuum in our country will be filled by His precepts and wisdom.  Not that we will pass “Christian laws”.  Rather, that, as Alexis De Tocqueville found about our nation fifty years after its founding, Christian wisdom will once again infuse the fabric of our thoughts and ideas, will invade our schools and universities, and will empower a new group of leaders with the humility and grace to find ideas and solutions that bind us together and fill the vacuum, rather than further divide us.

Those of us in the large middle with the compass of our Christian faith must speak out and tell others about the consequences of personal and national debt, 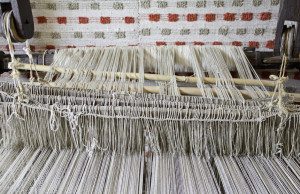 different rules for the big and the elite, and the ongoing destruction of the family.  Perhaps one day we can focus on electing specific people.  For now, I’m interested in each one of us telling five more who won’t hear it from anyone else.  We need to reweave De Tocqueville’s fabric, one person and family at a time.  If that seems undoable by ourselves, let’s show up and try, and in the process let God do His amazing work through us.