When the Facts Don’t Add Up, Make Up Stories and Call Them Facts

Timothy Egan’s Op-Ed piece in The New York Times, of March 15, 2014, entitled “Paul Ryan’s Irish Amnesia”, tries to link 19th century English complicity in the Irish potato famine to Paul Ryan’s concerns about creating multi-generational government dependency in America. It is so full of salacious inferences and strident ideology masquerading as facts that I don’t know where to begin.  But I’ll try.  And please recall that I am much more a Libertarian than a Conservative, but Egan’s absurdities require an answer.

There was a terrible political and economic system in Ireland set up when the Protestant English crown gave huge land tracts to barons who then, together with the English army, controlled virtually every aspect of the lives of Catholic Irishmen, allowing the English to tax (export) away their farm production.  It was a despicable colonial system created by government, using the power of the gun, and partially rationalized by some Englishmen who thought that other people were lesser human beings.

There then was a natural disaster, the potato blight, which destroyed most of the potato crop on which the majority of Irishmen depended for food.  This disaster, like a hurricane or earthquake, should have brought forth aid and assistance from people, churches and governments.  In some cases this occurred; but it was too little, too late.  The famine was caused, or at least worsened, by the English government and the barons turning a blind eye to the ruinous distress, and continuing to tax/export Irish grains, simply because they had the power of law and guns to do so.

Others have used famine as a weapon once they had the power to do so. Most recently and notably were Stalin, Mao and Pol Pot.  I believe that the American people and government turned a similar blind eye to the death and suffering along our own Trail of Tears just a few years before the Irish famine.  All of these are despicable and without defense.

To somehow equate the ruin of the Irish famine in the 1840’s to Paul Ryan’s—or anyone’s—legitimate concern that we are creating a long term culture of dependence and entitlement in the U.S. is simply preposterous.  To connect similar words in sentences from completely different contexts in two countries a century and a half apart, and claim that the speakers share the same beliefs, is absurd.

For example, slavery, famine, the holocaust and abortion are all terrible, but they have all been defended by quoting science, scripture, or philosophers.  Darwin “proved” scientifically that blacks are inferior to whites (and will therefore inevitably be eradicated, he wrote); and that women are inferior to men.  Both statements are absurd, particularly to anyone who believes that God created ALL of us in His image, brothers and sisters in the same and equal human family.  Does that mean that anyone who quotes Darwin today in any other context hates black people and women?  Of course not.  But that is the logic that Egan uses to defame Ryan with quotes from nineteenth century English politicians trying to defend their indefensible inaction with the famine.

And it is so typical of the left to argue ad hominem, when the facts themselves no longer support their illogical assertions.

Can anyone really argue with Ryan or me that our nation is filled with those, both rich and poor, who are multi-generationally dependent on entitlements from the government?  And that this dependence warps the market, misallocates resources, increases unemployment, reduces living standards for all, and makes entitlement even more entrenched?

Here are just a few examples:

Welfare pays more than the minimum wage in 35 states.

Food stamp participation rates are at an historic high at almost 48 million Americans.

The Agricultural Bill pays farmers who are already doing well.

The disability benefits scam has millions on the take..

Those are actual facts–not stories–that not only make us more dependent on government and let inept officials pick winners and losers, but also cost us dearly in extra taxes.  Those are the facts that Ryan (and I) believe are ruining our nation.

Please see a recent detailed analysis of our government dependency, researched by The Heritage Foundation.  Here is one chart from that study which shows that almost 70% of total federal funding goes to some form of dependency payment.:

Of course by focusing on each individual program, from housing to medicine to Social Security, every program seems worthy of support.  But the issue here is how the report’s authors summarize their findings:

“Today, the growth of government spending is of particular concern as the retirement of the baby-boomer generation has caused sharp increases in government spending. At the same time, the tax code has become a morass of tax credits and deductions that remove millions of Americans from the tax rolls, insulating them from the cost of government.

“Perhaps the greatest danger is that the swelling ranks of Americans who enjoy government services and benefits for which they pay few or no taxes will lead to a spreading sense of entitlement that is simply incompatible with self-government. Americans have reached a point in the life of their republic at which the democratic political process has become a means for many voters to defend and expand the “benefits” they receive from government. Do Americans want a republic that encourages and validates a growing dependence on the state and a withering of civil society? Do Americans want sharp class lines drawn between those who receive government largesse and those who pay for it? These are questions increasingly in need of urgent answers. How Americans answer them may well determine the ultimate fate of their political system—and of their society.”

And if Barak Obama adds that if any of the above personal/family dependency factors are worse in the black community, it’s accepted with a nod as gospel. But if Paul Ryan says the same thing, he is slammed ad hominem as a racist. Give me a break.

Since Egan has no facts to support his ideology, he makes up stories and argues ad hominem.  This happens so much on the left that we don’t even notice.  But what if someone else tried it? 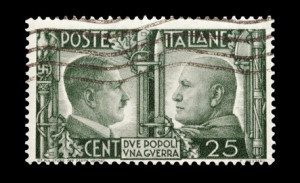 Did you know that Nancy Pelosi’s maiden name is D’Alesandro, and that her father and brother have both served as the Mayor of Baltimore?  Her grandparents came over from Italy.  She has many Italian connections.  And do you know that Italian Dictator Benito Mussolini was literally the hero of American Progressives in the 1920’s and 1930’s?  Please read Jonah Goldberg’s incredibly researched book Liberal Fascism on this subject. So if someone wrote a piece connecting Progressive Pelosi and her amnesia over the results of fascism in her ancestral home, would anyone accept it?  Of course not. Yet here is Egan doing the same thing to Paul Ryan.

We should not only be concerned about the obvious truth of Ryan’s statements as they impact our country today, but also about the historic conditions that made it possible for the English to take Ireland’s grain, even during a famine.

There was the complete control of Irish life by an absentee government with the power of the gun to make arbitrary decisions about winners and losers.  In that tragic case the losers were the powerless, common Irish people.

The real lesson of the Irish famine therefore is this: beware of any powerful central government which, allied with its cronies, can take from you to give to others.

Year after year both Democrats and Republicans have given more and more power over every aspect of our lives to the central government.  We, like Irish, Italian, German, Russian and Chinese common people before us, should be very, very concerned.