Why Don’t Progressives Recognize Their Policies’ Failures and Change? Part 1 of 2

Let’s start with two irrefutable laws that always govern no matter how much wishful thinking is thrown at them:

1. Resources—labor, capital, natural resources, time–are always limited and must always be allocated in some way.  Allocation by price is usually best because it maximizes the flow of optimum resources to the most valuable uses.  Resources can also be allocated by law, tax, gifts, rationing, or theft; but there will never be enough resources for everyone to accomplish everything he or she wants, and so allocation is always required. 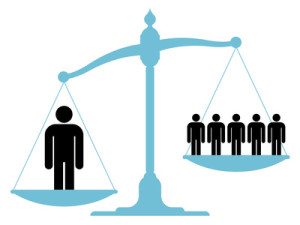 2. Government is not a computer or an abstract force. Government is always made up of people–imperfect humans–making decisions.  Human nature is such that these people always ultimately make decisions that in some way, small or large, favor them, or those close to them, either with more positive benefits or with less negative problems.  Human nature will not likely improve soon; so this favoritism will continue.

It follows from these immutable laws that the more we rely on Government to make resource allocations, the less efficient and more favoring to the Government will these decisions be.  It cannot be otherwise.  As benefits flow to friends, backers, and  other agencies at the federal, state and local levels, Government funded elites naturally beget more government funded elites. 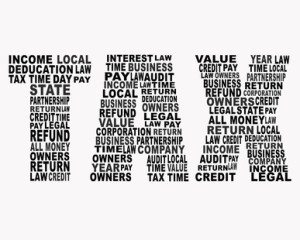 Money, taxed away from the rest of us and leaving less to spend on our families, is the amniotic fluid that nourishes the process and lets Government structures keep growing.

It also follows that Government allocation, which is sometimes necessary, as with defense and police power, works best when it is only a small part of an otherwise free market economy, nipping this and giving that in small ways from what is otherwise an economy where people and resources are free to respond to price signals. If we should then agree that someone needs something which she cannot otherwise afford, give her a voucher and let the low cost private sector provide it to her.  But don’t take over the private sector in the name of helping her, or to make her a better person.

The corollary is that Government allocation is worse, the more it actually intervenes in the economy and distorts and detracts from the normal work of market forces. As Government bureaucrats are hired at great expense and then make decisions to change what otherwise would naturally occur, they have to spend more resources to explain the resulting inefficiencies, or to prove that the extra costs are worth it.  Always in the name of improving us, or of righting some terrible wrong. Think of the War on Poverty, Prohibition, the IRS, the War on Drugs, the Department of Education, Veterans Administration Healthcare and, the next VA on the horizon–Obamacare.  Trillions of dollars spent with little or no tangible results.

It should therefore not be a surprise to us that these massive interventions are beset by failure and waste. It cannot be otherwise.

And, by the way, leaving the average tax-paying family of four with a monthly bill of over $1,500 just to pay the interest on the accumulated debt, once interest rates go back to their historic norm near 5%. 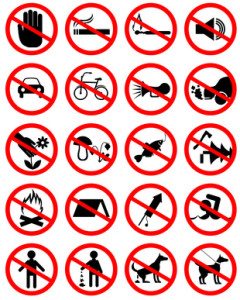 All of these, plus hundreds of thousands of micro-managing laws and onerous regulations, are huge intrusions into our economy and society, at an enormous expense. Some win.  Many lose, largely in ways that can’t be put on a CNN video, because they lose through economic malaise and inefficiency—a job that is not created, a consumer good that they no longer have the funds to buy. 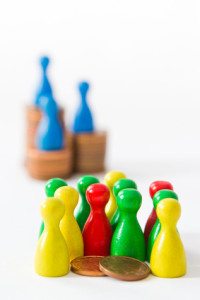 But the elites make sure that funds flow their way and reward their own–in government, big business, unions, entitlements–building a larger elite, insuring their future power by influencing votes with grants, giveaways and special treatment.

All done with our money, diverted to them.  We are taxed to build programs that kill jobs, then taxed again to give money to those who can’t find the jobs that they just killed. Madness.

As each of the intrusions mentioned above has unraveled and revealed its own specific failures–beyond the general ones of high cost, waste and misallocation–progressives have never, except in the case of Prohibition, acknowledged the failure and called a halt.  In fact, they usually want to double and triple down on more of the same wasteful madness.

Why can’t progressive elitists see these enormous problems and costs which are damaging most of us, and eventually say, “You know, we’ve tried this for fifty years and it hasn’t worked. Let’s at least consider something else.”?

Please send your thoughts and answers as Comments, and in a few days I’ll share the answers and solutions from my perspective.  Thanks.