The Marshall Plan vs. Obama-and-Out

Last weekend I attended a Marshall Scholar event in Washington.  The Scholarship was establishd in 1954 by the British government as a thank you to the American people for the Marshall Plan after World War II.

On Sunday I walked down to the World War II Memorial. 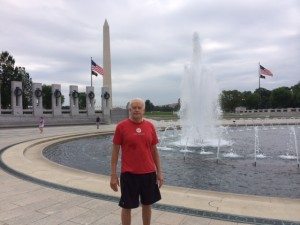 Etched on one of the walls is a visionary statement by General George Marshall, who ran the U.S. Army during the entire war.  As Secretary of State he then authored the plan by which the US stayed in place and rebuilt Europe’s decimated physical, social and political infrastructure, with what we call The Marshall Plan.

What would have happened to West Germany, and therefore across all of Europe, if we had instead declared victory and done an “Obama-and-Out” in 1946, with the Soviet Army already encamped in the country? 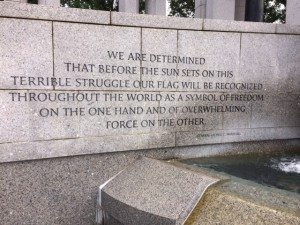 Actually, we don’t have to wonder.  This week marks the 66th anniversary of the Berlin Air Lift, when we pushed back effectively and forcefully against Stalin and his Soviet thugs, but without firing a shot.

When the Soviets tried to starve the people of Berlin, cut off from the West, Allied pilots flew piston engine transports into treacherous Tempelhof Airbort with everything needed to live, from food to fuel. They made over 200,000 flights across eleven months, 24 hours a day, in all types of weather. Finally the Soviets gave up.

It is only common sense that thugs always fill a vacuum when we let them, whether in Germany, or Iraq.  Where are today’s George Marshalls?