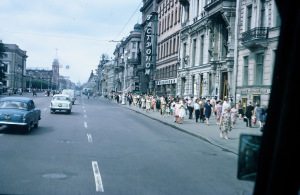 In the summer of 1969 at age twenty-two I attended a month-long Russian language school with other British university students, first  in the center of Leningrad, and then at a “camp of organized rest” on the Finnish Gulf.

We experienced the KGB-induced fear among the local students, who would only speak to us in designated areas with official approval, unless we could contrive a meeting on the relative anonymity of the beach.  Still, some of them were beaten by the local enforcers of state authority.

A few weeks later in Prague I experienced the first anniversary of the Invasion of Czechoslovakia, where I was tear gassed and nearly arrested (my reasonably passable Russian language skill at the time so impressed a Prague policeman that he let me go, and returned my camera). 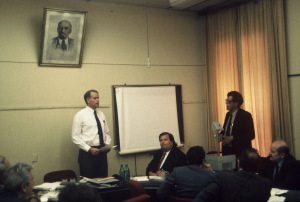 So from those early experiences, to have had the privilege in 1991 to teach the first commercial real estate class in Russia since the Revolution, and to have lived through first hand the difficult but incredibly positive changes over the next twenty years seemed like a miracle, to transform a large and complex nation so completely and so peacefully, in less than the span of one adult’s lifetime. 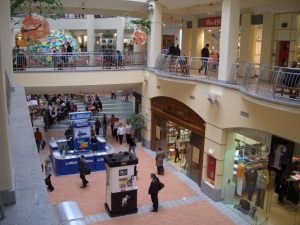 Thinking back to the years 2005-2010, there was so much genuine optimism, so much belief. Yes, there were still problems, but the people and their leaders were on the path to solving them, and to creating a better, more just and economically robust society.  The hope, optimism, and energy were palpable.

But no more. The good people, and there are many, are leaving, or at least minimizing their family, business and investment involvement with Putin’s Russia.  They are pulling out, physically and psychologically.  What a tragedy for a nation with so many resources, so many educated citizens, and so much to offer.  At what terrible permanent cost is Putin, through all of his corrupt policies and authoritarian rule, driving the best and brightest from their country? 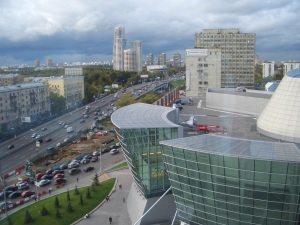 As with all nations, sheer inertia will keep the economy running at some level and the bare structure of the nation in place.  Goods will be bought and sold. People will go to work and to school. Cars will crowd the roads.

But there will be no growth, stifled creativity, and no opposition to state authority.  It will be back to basic, unquestioning existence for everyone, though at a higher level than 1991, at least in the larger cities.

As important as it is for me to remember 1969, 1991 and 2005, it is equally hard for me to imagine that only ten months ago in February Russia actually hosted the world at the Winter Olympics, and by most accounts did a good job. Was that the final curtain descending on the previous decade of hope, before Putin and his enablers so quickly and effectively turned out the lights?

Who or what will come after Putin, and when will that be?  No one knows.  But few people want to be in the country in the months following his departure, however that may happen.

As an imperfect man living in my own imperfect country, I do not rush to criticize others. Yet the rise of the corrupt state in Russia has been so profound, quick and destructive, that I am again astounded at what a difference, for good or for ill, one man can make.

The shared goals and mutual cooperation that I wrote about in Enemy In The Room are fading further from any seemingly possible reality.  And yet as a believer I know that only God is ultimately in charge. If one person can change so much for ill, then there is still the God-directed chance that another person, or people, can turn the lights back on and save the nation.  That is my prayer for the Russian people.