Ending 2014 with five personal thoughts on events that surprised me:

All of those bright, educated, motivated people, and only two of us had served our nation in the military.  I have written elsewhere about my deep concern for our military as an effective force (The President and an earlier post). But in this instance I felt concern for the fabric of our society, that so few have ever experienced the responsibilities, teamwork, discipline and decision making, often in very dangerous situations, which are everyday life in the military.  Our nation is weaker and less well prepared because we have lost the concept of the citizen soldier, sailor and aviator. 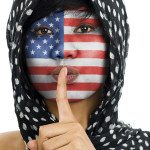 Don’t write or talk about it.

“The first few chapters were well written and I could see a devious plot developing. But before too long I started to see the underlying goal which meant the author had to twist to plot to meet his hidden ends which is to proselytize about the wonders of fundamentalist Christianity, rail against the “moral decay” of the western world and demonize all of Islam. Had he been more subtle, he might have pulled it off but he just could not keep himself from pages and pages of lectures about the wonder of believing in Christ and the evils of Islam. He probably does not like Jews, Catholics and a myriad of other folks as well. Perhaps condemnation of other unacceptables will just have to wait for another book.”

Now I guess it would have been OK if the agent of change had been a vampire, or a Martian, but not faith.  And this response is doubly astounding since in the storyline Islamic jihad is one of the motivators for evil actions, and therefore grace and redemption, both Christian concepts, seem to be appropriate counters.  And one of the story threads is about personal transformation, which seems to be one of God’s unique strengths (it certainly was in my case).

Starting with my first novel, On the Edge, I’ve wanted to show how by God changing one man there can be a ripple effect across hundreds and even thousands of others.  That process is continued with Kristen Holloway in Enemy In The Room.

The good news is that those who did not like the inclusion of God and faith as reasons for a person to change at least read the story and heard the message!

“Shortest version begins with highly successful (from the world’s point of view) prosecution career in Florida including the trial of Ted Bundy followed by major drug smuggling prosecutions all across the state followed by lecture circuits, flying my own airplane around the country and 20 years of battling alcoholism. Spread out over those years were commitments to 4 treatment centers, the last of which was almost 5 years ago at Ridgeview. 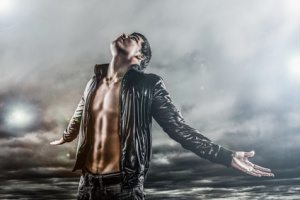 “On the way to that last treatment I was preparing to jump from a bridge over the French Broad River when, by what can only be explained as the miraculous hand of Jesus, my wife saved me and Jesus totally replaced my addiction with a wonderful new obsession. I have come to my lil Bible classes now with a clear understanding that all those trials and grand juries were preparing me for the Joyof sharing His word on Wednesdays and Sundays and every morning with folks who need to know that if you are currently sitting on top of the world, the blooming thing is rotating!” 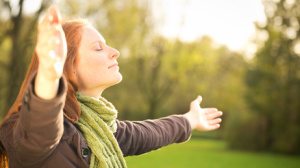 So, to connect two of these surprises, to have a novel describe how faith can transform a person is, it seems to me, not crazy, but is instead one of life’s most important realities. Ask Dan, or those around either one of us.

For us, the different but very real threats from ISIS, Putin’s Russia and China, not to mention North Korea, Iran, Syria and others, all require serious pushback from a strong America.  Instead, we are weakened by big debt and big government, and we are reducing our military.

“America” is an idea about personal liberty and responsibility for which most of the world hungers.  We don’t necessarily have to be the policeman on every corner of the globe, but we need to be strong and available.

Our own one man has gone a long way to destroying both the American idea and our ability to push back against forces of darkness.

But, as the final word, there is again the God of transformation.  He is in charge, not us.  By the voluntary sacrifice of God’s unique One Man, the power of grace and redemption over evil and revenge has been demonstrated for all time, Faith in Jesus transforms sinners and restores families.  Really.

And this same Jesus holds the nations in His hands.  All of the above may have surprised me. But they did not surprise him.