Truth Has Consequences: Where Have All the Fathers Gone?

We were recently introduced to a group of dedicated young women at KnowYourIX who are leading the movement to protect women on college campuses, and to punish men, either legally or administratively, who commit acts of violence and rape.

I completely agree that men who commit rape should be punished, and I support those like KnowYourIX  which are encouraging victims to come forward, and are working with universities and governments to insure that appropriate justice is meted out.  There is currently a heated debate on how that is to be done while protecting the rights of both parties, but the goal of punishing a violent offender is certainly one which we should all embrace.

While no statistics on this subject will ever be perfect, the overwhelming figures indicate that where college rape 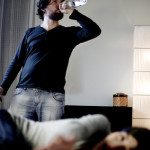 is concerned, in the preponderance of cases the two people knew each other and had some sort of history together. See articles by RAINN  and the National Institute of Justice.

The focus of this movement, and the resulting debate, is on the actual rape and its aftermath: reporting, victim’s rights, a fair hearing, unjust accusation, and appropriate punishment.

But I want to step back for a moment and look at the possible causes, before the rape is ever committed.

One immediate cause must be alcohol, and I believe in lowering the legal drinking age to nineteen, not because I want nineteen year olds to drink more, but because I want them to drink less. See this CNN article. But that is a subject for another post.

For this post I want to pull back even further than the events of any given evening, and ask how 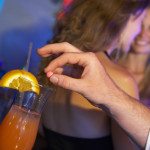 we have found ourselves in a culture where our best sons are raping our best daughters.

One of the causes, captured in the statistics, is clearly the dissolution of the family, and the rapid disappearance of fathers from homes. 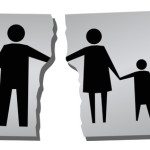 See a thorough summary article by Ray Williams .  These statistics confirm that a young rapist is more likely to come from a home where there is no father present.

Is it any wonder that we have young men behaving completely inappropriately, and even criminally, toward women, when on the one hand they are bombarded with media fantasies, and on the other there is no older male to teach or to model for them how to behave with someone of the opposite sex, either in a long term relationship like marriage, or just on an evening’s date?

And while I agree that the preponderance of the blame for any rape is correctly placed on the male, I have to ask, given that most victims know their rapist, whether our young women are 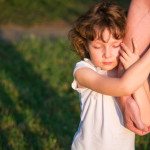 being taught by their fathers how to at least reduce the likelihood of a rape by what I consider to be common sense precautions?

In short, with fewer and fewer fathers at home, who is modeling and instructing the next generation on appropriate long term and short term relationships?  If society’s expectations are not being taught by fathers, then by whom?  The movies?  Television? Fraternities and sororities?

When was the last time you read or heard the following concepts being encouraged in conversation: modesty, chivalry, honor, chastity?  Probably not recently. Yet these concepts are fundamental to any cohesive society, and they are taught, or not, in the family.  Mostly by the father.

If, like me, you believe that the Bible is a good handbook to find practical truth and wisdom on how to behave for the greatest joy and the least pain, there is much wisdom in the last short book of the Old Testament, Malachi.

Look in Malachi 2, where God tells the prophet exactly why He hates divorce, i.e., the break-up of the family:

“Has not the Lord made them one?  In flesh and spirit they are his.  And why one?  Because he was seeking godly off-spring.  So guard yourself in your spirit, and do not break faith with the wife of your youth.

“I hate divorce,” says the Lord God of Israel. 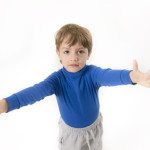 For all the reasons that God might not like divorce, the only one recorded here is that He wants children who follow His ways, i.e., who know how to behave, as taught by their parents.

And in Deuteronomy 11 we read the following about parents and children:

Fix these words of mine in your hearts and minds…Teach them to your children, talking about them when you sit at home and when you walk along the road, when you lie down and when you get up. 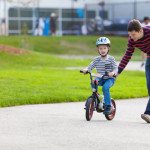 The book of Malachi—and the entire Old Testament—end with this final admonition:

See, I will send you the prophet Elijah before that great and dreadful day of the Lord comes.  He will turn the hearts of the fathers to their children, and the hearts of the children to their fathers, or else I will come and strike the land with a curse.

I understand not to equate Israel with the U.S., or events 2,500 years apart as being the same. And I understand that there are some bad, even criminal, fathers. But just because there is an occasional bad foundation, houses still do better with foundations than without.  In general, foundations and fathers are good and necessary.  Similarly, I know that there have always been and always will be valid reasons for not having a father present: death, abuse, etc.  But our nation’s current situation far exceeds what would otherwise be “normal”, or within the ability of the society to help and to absorb.

Finally, I believe that God does impart timeless and universal truth and wisdom on how to live across space, time and individual circumstances.  Along with the consequences of not following that truth and wisdom.

But let’s look beyond what faith teaching may bring to the family and focus on the simple presence of a father, citing a current secular source.  Edward Kruk, Ph.D., has a detailed report in Psychology Today, not exactly a conservative theological rag, on the devastating effects of not having a father in the home.  I commend his article to you. .

He ends with the following:

Given the fact that these and other social problems correlate more strongly with fatherlessness than with any other factor, surpassing race, social class and poverty, father 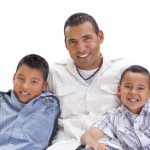 absence may well be the most critical social issue of our time.

I think Malachi had a pretty good summary of Kruk’s conclusions: a curse on the land.

So sadly we must add the increased likelihood of sons committing rape and of daughters being the victims of rape to the long list of negative consequences of not having a father in the home, either because he was never there, or because he left.  Among those other consequences are the increased likelihood of generational poverty, drug addiction, abuse, and other criminal activity.

I support those who are focused on correcting the immediate causes and effects of rape on campus.  But I hope that they will support those of us who have been sounding the alarm 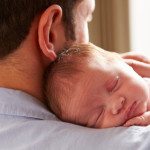 about the coming disastrous results from the break-up of the traditional family of one man and one woman.

As a society we must look again, and outside the box, at every possible way to make fathers responsible for their children, and to keep families together.  From intentional entertainment to tax policy, from personal/inter-generational encouragement to social stigmas and penalties, we must encourage fathers to step up and embrace their responsibilities. Like mothers, fathers are critically important to the future, not only of their own children, but also of our nation.