The Political Class Enlists Young Recruits with Your Money

The political class is using your tax dollars to replenish and to grow its numbers with young people who are true believers in the government’s importance.

For years there have been programs to reduce a graduate’s monthly college loan payments due to income constraints, and also to forgive the educational debt all together.  There are many negative aspects to these programs, both personal and national, as has depicted by several writers, including Jeffrey Dorfman in articles in Forbes.

I want to focus on just one aspect of one program: The Public Service Loan Forgiveness Program, or PSLF.

The Federal Website defines the goal of the PSLF as:

The PSLF Program was established to encourage individuals to enter and remain in public service jobs. The program allows eligible borrowers to cancel the remaining balance of their Direct Loans after serving full time at a public service organization for at least 10 years while making 120 qualifying monthly payments.

There follows a long list of jobs that qualify for PSLF loan forgiveness, including teaching, working for a 501(c)(3) organization, and public health.  Some of these jobs may be worth subsidizing, but one has to imagine that on

the margin the leadership in those three areas tends to promote a liberal-progressive agenda of more and bigger government intervention in our lives.

Setting aside those powerful influences, I want to focus on just one qualifying job type: working for the Federal government itself.  There does not appear to be any means test: the requirement is just to work for the government for ten years and then have your loans paid off by the same government (i.e., paid off by the taxpayers).

The government grants funds to colleges and universities, who then hire new professors and increase salaries, which inevitably leads to higher tuition charges for students.

Many students then take on personal debt, hoping to have a brighter future with a college degree. 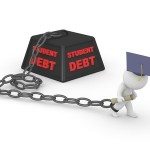 On leaving college, as students survey the job market, and consider their debt, the government throws a lifeline: “Come work for the government for at least ten years, make minimal loan payments, and all of your debt will be forgiven.”

The more debt the student has, the more enticing is the offer.

So we the taxpayers wind up paying the salary, the benefits, and the loans of these new public servants.

No one in this process has actually created any income or wealth—it is all paid for by taxing you and me, or by increasing the national debt, now almost $19 trillion. 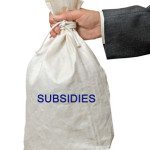 There is the unfortunate individual message that taking on debt is not a real responsibility, because it will be wiped clean.  And the message that working for the government is somehow better, more worthy, than working in the private sector, nicely fulfilling in the young person’s real world the liberal-progressive mantra of “solutions through government” that he or she has probably been fed in high school and college.  A great new entitlement!

So the bureaucrats have a golden pipeline of new recruits to bring in and to make part of the bureaucracy, paid for by the special deal they have created for those who follow them. 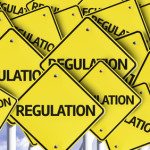 Anyone imagining to take a private sector job without this perk would have to start at a much higher salary in order to have the same tax-payer provided benefit as the government job. And there may not be entry level jobs in the private sector which can compete.  So the individual elects to become a taker, instead of a creator. He or she is thereafter beholding to the government that grants its benefits, and the political class grows larger.

I really don’t mind being taxed to benefit those truly in need, though I would prefer that family, friends and private organizations be the first line of assistance.  But I detest being taxed (or saddled with more debt) to help those who really don’t need it, like large farmers, big corporations, and students who graduate from college and who should, by definition, already have an advantage over their peers.

Why are we paying their salaries, their benefits, and their debts?

But if as a society we decide that debt forgiveness for our most advantaged young people is somehow rational and important, then I have an alternate way to do it.

Let’s encourage young people to take jobs in the private sector, to produce, to pay taxes and thereby to become creators, not takers.  If that path needs an extra reward, then every year let’s forgive their student debt by an amount equal to half of the federal income taxes they pay.  Each year the more they earn and the more taxes they pay, the more debt will be forgiven.

This approach is not perfect—I would rather that no individual debt is paid off by taxpayers.  But if we are going to do it, let’s at least level the playing field by making private sector jobs as attractive as jobs which add more of us to the government’s payroll.