A Word is Sometimes Worth A Thousand Family Pictures

A parent’s words and actions—particularly those of the father—have much more impact on children than we appreciate.  Everyday conversations can be life changing.  The message to us as parents: Handle with thought and care, and be engaged.

Elsewhere I have discussed the tragedy of absentee fathers.  Here I want to remind both fathers and mothers, using simple examples, how important our words and actions are.

From being a son with brothers to raising five grown children, I can attest that your sons will 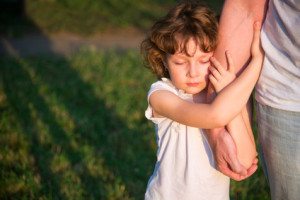 grow up to be more like you than they or you can imagine when they are young.  And your daughters will look for men who are in many ways like you to marry.

In short, you won’t need a mirror to see a man like yourself in just a few years.  How do you want that man to look and to act as your son, or to treat your daughter and your grandchildren as your son-in-law?

I suspect that most of us can recall scenes with one or both of our parents that strongly impacted our development. And there is both a negative and a positive side to this impact.

On the negative side, there are of course the extremes of alcoholism, drug abuse, physical abuse, etc., which can be devastating.  But I maintain that even in “normal” homes, we as parents have a powerful impact with everyday interaction which we typically don’t realize, as our children listen to us and watch us.

And for all of our potential to do harm, we have an even greater potential to impact our children in positive ways, in part because parents are one of only a few such positive resources left, if we choose to take the assignment.

In my own case, I grew up as the oldest of three sons in a loving family which regularly attended church.  But I was a teenager in the mid-60’s, and my parents, children of the Depression and World War II, were trying to cope with the revolutions in everything that happened in those days.  Looking back, their words and actions in those tumultuous times impacted me in ways that they could not have foreseen. 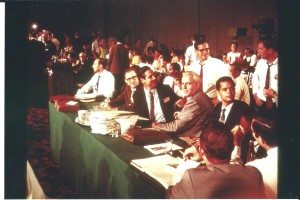 In the Civil Rights revolution, my father, even though he was from a small town in south Georgia, believed with my mother in equal rights and opportunities for all Americans, and their passionate insights led me to give a speech at my high school calling for integration; three years later I was a Challenge delegate to the Democratic National Convention in Chicago, hoping to unseat our racist governor, Lester Maddox.  I cannot imagine either of those happening without my parents’ beliefs resonating in me for several years as a teenager.

On the negative side, they, like most parents at that time, were not ready for the Sexual Revolution, and I would say that their input in that area was ambiguous and not helpful.

As a current example, I listen regularly to a podcast on a business subject from which I have learned a lot.  The young professional men who publish it know their craft very well, but they use language and joke explicitly about subjects that are more appropriate for a fifth grade playground; yet there it is, recorded every week and available for their sons and daughters to hear forever.  How will they react if their daughters act on their jokes, thinking that Dad seems to be obsessed with these subjects, and pleasing Dad is important?

One of our sons seems to be able to recall almost every conversation my wife or I have ever had with him from his earliest childhood, and he is now an adult.  Good grief.  What did I say?!?  Do you have any children like that?  Hint: you probably won’t know for a couple of decades, when it will be too late to change anything!  For children like these, and particularly teenagers, be careful! It’s probably best to assume that all your children will remember every detail of every conversation, even if you do not. 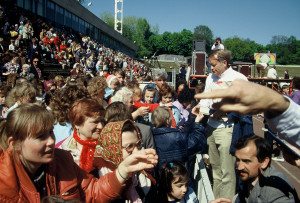 Handing Out Bibles In Kiev

In 1992, when our daughter, who is now 37, was 13, I took her for a ten day missions trip to Kiev and Moscow with John Guest Ministries, and then we spent several days in London on the way home.  My wife warned me that our daughter would probably not say much, and that turned out to be correct.  But she threw herself into all that we were doing, helping to plant the seed of the Word in Ukraine, when no one knew how long the Iron Curtain would stay down.  We held rallies in stadiums. Testimonials. Church services. Kids’ services. An orphanage. Stepping over drunks in the Moscow Metro (in those days), and rushing through the big attractions in London.

She never said much of anything about the trip or our time together, which was certainly OK.  She was thirteen.  Then, several years later, I was walking through our den on the way to the kitchen, and our daughter was talking to a friend on the telephone (back when they had wires and were in the open).  I happened to be there when she said, “Of course that trip my Dad took me on to Kiev a few years ago changed my life.  It opened my eyes to so much, and really deepened my faith.”  Whoa!  Who would have known?

We and other adults can have similar deep impact by interacting with our sons and daughters in out-of-the-normal activities like Scouting—Boy Scouts, Trail Life, and Girl Scouts—which typically break the daily routine and provide opportunities for conversations and modeling behavior that otherwise would not occur.  I went on hikes and camping trips with all of them, along with some amazing and dedicated male leaders of character and quality. All of our sons excel at outdoor life and camping, which I think gives them a quiet confidence that others who have never experienced trail life cannot understand.  And they all learned foundational character strengths from the adults who taught them skills and encouraged them to try leadership.

So be intentional about planting seeds that may grow into a mighty oak of faith, or a bright garden of gracious habits and productive life skills.

There seems to be an emphasis today on parents hovering over the worlds of their children, participating in their activities.  That’s fine, to a point. But what I am reminding us of is the need to introduce them to our worlds, and to model behaviors, skills and beliefs that they will need for the rest of their lives.

What to talk about and/or do together? Here are some subjects to consider: 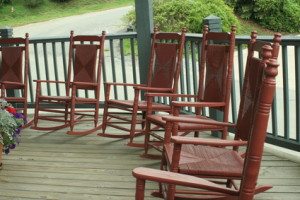 For the 4,000 years before radio, if a family were not attending a rare live event, they could talk or read after dinner.  I imagine that living rooms and front porches were filled with conversations, and there was a much more natural transfer of information, character and values than happens today.

I am not longing for those days—I like input from the wider world and entertainment as much as anyone—but I am reminding us parents that in order to compete today with the many calls on our children’s time, we must be intentional about what we say and do.

I imagine, for example, that in those days by the time a young person reached his or her mid-twenties, he or she had been on the periphery of several conversations in which a parent, uncle, or friend had mentioned how God had impacted his life.  So when that young person faced challenges, he at least could imagine that God and faith may provide some of the key answers, and be open to exploring them.  But from where, today, does a young person receive that input, if not from parents?  Hopefully from the church, if she attends. Otherwise?  From movies?  TV?  Social media?  Not likely.

So my plea is that we will not take what we want our children to be and to know for granted as a process that will just happen.  It will, of course, but not necessarily how we want.

The one important caveat is that every child is really God’s, and He has a plan for each of them.  They are not clones of us, or robots. They will take all that we and others tell them, and become their own persons.  They may not embrace faith at an early age, and, like us, they will almost certainly make big mistakes, requiring measures of grace and forgiveness.

As our children mature into adults, they will often have beliefs and opinions that will differ widely from our own–on raising chlidren, on politics, policies, and faith. When the differences are great, the important balancing act is to keep the relationship strong, but to continue to communicate real truth and wisdom, even when rebuffed.  While the details of keeping the relationship alive and strong will be different for each child, truth is truth.

The point here is to be sure that our words, values and beliefs are positioned firmly and frequently in the battle for their hearts, minds and souls, at every stage of their lives.  Don’t give in to the secular progressive mantra conveyed everywhere.  Reject passivity.  As the husband and father, be the spiritual head of the family, conveying God’s truths, whether they are accepted or not, always salted with grace.  And hopefully you will be in a position to hear your child tell someone how her Dad changed her life.