What if Goliath Had a Team?

Do you need some encouragement? As you look around the world today, despite your faith, do the forces for evil and deception seem too strong?  On the world stage or in your personal life, do you feel almost alone in a particular battle, with only God (you pray) on your side? This month I want to remind us of a contemporary man in such a a battle, and of his unfolding victory.

The content of our movies and television shows is critical for developing and sustaining our culture—for lifting it up or bringing it down. 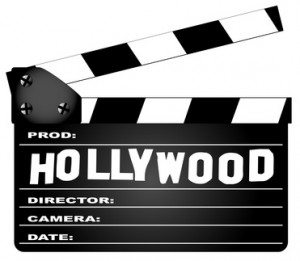 With the closing of the Protestant Film Office in 1966, the Golden Age of Hollywood ended.  During the preceding thirty-three years, families knew that they could attend any movie without risking explicit sex, nudity, or violence.  And attend they did, with an average weekly attendance fifty years ago of 44 million.

Then the content of movies, and attendance, fell through the floor.  Twenty years later, less than 3% of movies had any redemptive Christian content or values, and weekly attendance was down to 17 million.

Many people railed against the vice and degradation portrayed regularly in movies of that time, but in 1985 one man, Ted Baehr, a somewhat nerdy attorney in Atlanta with small children, prayed and decided to push back. He started MovieGuide. 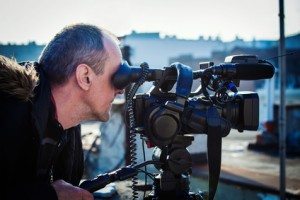 Ted started with a radio program, talking about movie content.  Who could then imagine the impact that, with God’s help, Ted, Lili, his children, and a tiny number of employees would ultimately have on that team of Goliaths?  Basically by showing the movie industry that they attract a larger audience and make more money by producing movies with redemptive, family-friendly, and/or Biblical content. 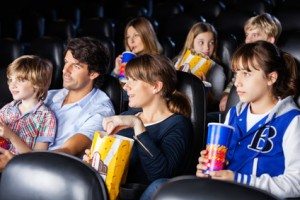 The story of MovieGuide is fascinating, and I commend it to you. Please go to this link.

Today, based in Hollywood, MovieGuide has two main thrusts to its ministry.  First, they rate and review all major movies, so that parents can preview what they or their children might see.  Second, they work with and report to the movie industry, challenging writers to think again about certain scenes, encouraging producers to take make movies of the highest quality and with equally high moral content, and awarding public acclaim to those who do.

For the last three years the percentage of movies with Christian content or values has grown to 60%!

How has this happened?  I have known Ted for 25 years, and I can attest that, first and foremost, it is because Ted is “the real deal”.  He speaks only the truth, always to uplift God and the entertainment industry, never for personal gain.  He has shown great personal courage in the face of financial, health, and organizational crises, never giving in to possible defeat—always, with God’s help, finding a way to continue forward.  And not only does he pray a lot, but he asks others to pray for his ministry. 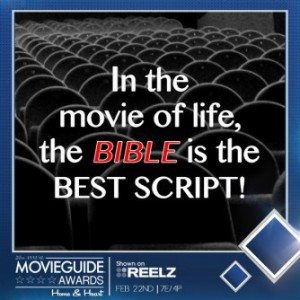 Hollywood decision makers now seek Ted out and listen to him because, first, his team has done the research and creates the most up to date figures on what really makes a movie financially successful:  Grace, redemption, sacrifice, love, honesty, heroism, honor.  Second, they know that no matter how much Ted helps them, he will never take credit for doing so, or allow MovieGuide to be listed on the Credits.  By maintaining integrity and confidence, and speaking only the truth, Ted now has access to the inner workings of the movie industry.  They do not always follow his advice, but they want to know his input.  And because of Ted’s sound theological training, there are two sides to the truth he brings to the discussion of a movie’s content: both financial truth and Biblical truth. 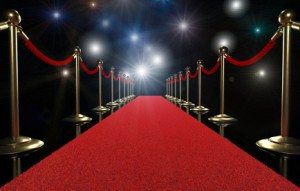 This month saw the 24th Annual MovieGuide Awards Gala, where once a year Ted and his team present awards to the producers, directors, screenwriters and actors who create the best family-friendly movies.  The first gala consisted of a few people in the back of a sandwich shop.  This year it was a star-studded celebration filling the stage at a major Hollywood venue.  Besides everything else that this event accomplishes to uplift Biblical principles and redemptive content, the Gala allows Christians in Hollywood to connect and to realize that “Hey, I’m not alone!” 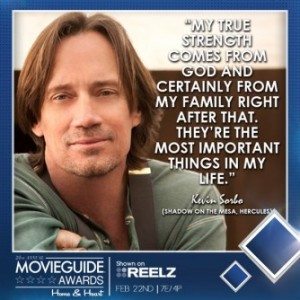 Ted and MovieGuide have, more or less singlehandedly, moved the team of Hollywood Goliaths almost 180 degrees, so that in 2015, according to MovieGuide’s Annual Reprt, 80% of the Top 10 Movies in the U.S. and Canada had strong Christian, redemptive, biblical and/or moral worldviews.

Besides celebrating these victories and perhaps supporting Ted in the future, what is the application to our lives?

Ted and Movieguide show me these truths: Through our weakness, God’s strength is able to work, for His glory.  Never give up, never doubt the power of prayer, and always let God work when, where and with whom we cannot.

I encourage you to write down the three to five issues that create the team of Goliaths with whom you are struggling.  Then write out a prayer dealing with each one, and take time every day to pray each of those prayers at least once.  And encourage others in your family and close circle to do the same. When two or three of us come together united in prayer, especially husbands and wives, God has promised that He will answer.

Just look at the experience of Ted and Lili Baehr, and now their children.