Most believers have experienced friends or family members who tell them “I used to be a Christian, until I studied

the Bible.” Or some variation on the “I’m too intelligent to believe in a Mesopotamian myth” theme. I heard that again this week from a wonderful, talented person.

There are many robust responses to this assertion. For those who enjoy intellectual engagement, two excellent resources are Tim Keller’s The Reason for God: Belief in an Age of Skepticism, and Ken Boa’s I’m Glad You Asked.  If you read and like one or both of them, keep copies in your car or purse to give to those with whom you engage.  Whether they read it or not, they will be disarmed by your willingness to share, and if they do read it, you may plant seeds that will grow and be harvested later.

But here I want to focus on another approach to the “I’m too smart to follow Jesus” statement which was pointed out to me several years ago by the talented evangelist Ed Silvoso of the International Transformation Network: It is not our job to win the intellectual battle.  It is our job to engage and to pray for God to do His work.

Ed is originally Argentinian, and he divides his ministry time between North and South America.

I heard Ed talk on 1 Corinthians 1 & 2, in which Paul, a Pharisee’s Pharisee, an expert in the Law and the Prophets, who could have argued the minutiae of any scripture, instead wrote:

17 For Christ did not send me to baptize, but to preach the gospel—not with wisdom and eloquence, lest the 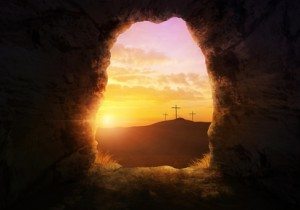 cross of Christ be emptied of its power. 18 For the message of the cross is foolishness to those who are perishing, but to us who are being saved it is the power of God…

20 Where is the wise person? Where is the teacher of the law? Where is the philosopher of this age? Has not God made foolish the wisdom of the world?…  4 My message and my preaching were not with wise and persuasive words, but with a demonstration of the Spirit’s power, 5 so that your faith might not rest on human wisdom, but on God’s power.

Ed noted that Paul puts the power of God ahead of His wisdom. He compared the North American Church, where we often put people to sleep in the pews droning on about some theological detail, with the South American Church, where people typically experience firsthand the power of God to save them from abuse, alcoholism, prostitution, or worse. Ed said, “Once you’ve experienced God’s power to transform, you’ll spend the rest of your life finding out everything you can about His wisdom.  But if you try to start with His wisdom, you may not get very far.”

Of course this is a generalization, and there are plenty of North American churches which emphasize the power of the Holy Spirit to transform us, once He lives inside us because we have accepted His son as our savior. 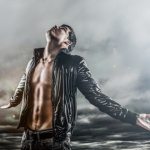 That is what happened to me.  I know the power of God to transform this one imperfect sinner, and so Christianity—being a follower of Christ—is not a myth for me.  It is very real.

And not just me.  As my wife and I have prayed over our children for over three decades, we have seen miracles for which there is no easy human explanation. Several unexpected events in our family’s life make no sense unless one accepts the over tending of God’s hand to trump whatever we had planned, all as an answer to prayer.

So you can tell me that Christianity is a myth, and that intellectuals could not believe the Bible’s account of a risen Savior to be true.  But I have experienced God’s power to utterly transform my thought and behavior, to give me inner peace, and to direct my life on earth, after submitting to His Son and asking His Holy Spirit to indwell me. So the Triune God is very real to me, and someone’s intellectual opinion, while interesting I guess, carries little weight when compared to the Holy Spirit!

For those whom God has prepared to be drawn to Him, our personal testimony and our daily actions will carry much more of His transforming power than the best intellectual argument.  So we should talk and walk His Gospel, arguing when called upon, but content that His purposes will always be fulfilled, with or without our personal eloquence.

And a product of that transformation is humility. I don’t think I can escape being labeled an intellectual—I’m stuck. But I now know that before becoming a believer at age 37, my intellectualism often fueled an arrogance and 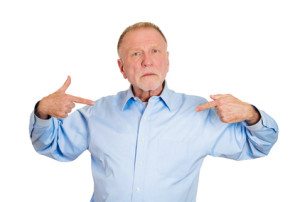 a pride that revolved around me and other intellectuals. My success was due to my education, my personality, my abilities. And now or eventually we would understand every natural process and solve every scientific mystery, on top of reworking society with programs that would insure a thriving economy and cause crime and poverty to disappear.  I was, in many ways, a secular liberal progressive, though regularly attending church in the South, believing in my individual arrogance that I could solve any personal/family problems, and that “we” could solve any larger issues with the right programs, regulations and laws.

Though it was painful, Christ finally brought me to the end of my pride and arrogance in the summer of 1984, and, because of seeds that others had planted over many years, I turned to him.  My life has never been the same.  In place of intellectual arrogance, I now feel only intellectual humility, as I look with wonder on the world He made, and how little we really understand or control it.

If you have traces of intellectual arrogance for our ability to figure out the larger issues, before even addressing the more personal challenges of relationships, sin, parenting, evil, disease and earning money, try these:

According to these experts and studies, we don’t know how life, evolution, the economy or government policies work.  And yet some of us maintain the ruse of human control at all costs!

I offer these because they are different threads of the same cloth of pride, intellectualism and assumed human control which also lead people to say that God’s plan and His promises in the Bible cannot possibly be true.  On what do we base that statement, other than our desire not to submit our stiff-necked wills to the divine will of the Creator? Do we know about God’s truths better than we know the four “truths” mentioned just above?  We better hope so, if we are relying on our rejection of God for the outcome of our eternity.

When an intellectual finally understands that he/she/we are not in control, and that God is (usually through a demonstration of His power, or our lack of our power, as Paul describes), and therefore gives her life to Christ in response to the gift He offers, what does that change?

In short, turn intellectual arrogance into intellectual humility.  Then use our God-given intellects and talents to do His will, advancing His Kingdom, and helping others.

He has shown you, O mortal, what is good.
And what does the Lord require of you?
To act justly and to love mercy
and to walk humbly with your God.