By definition, we are not supposed to be able to predict Black Swan events before they occur, but I hear a lot of flapping, and it’s getting louder. 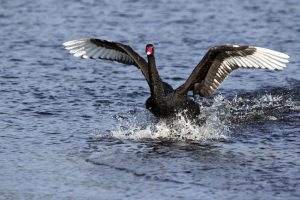 If you’re interested in the future of our economy, please read Mervyn King’s new book The End of Alchemy. Lord King was the Governor of the Bank of England from 2003 to 2013, and for an international policy maker at the highest level, he writes with refreshing clarity and candor about the 2008 Financial Crisis, as well as how to minimize the impact of the next one (there is still much to do, and there will be another one).

Unless you enjoy deep dives into economic theory, I recommend that you start with the last four chapters, and read them in reverse order.  Each one is filled with gems of wisdom and policy implications, from needing more savings in the U.S. to why the Euro will never work. 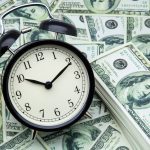 Lord King decries the ineffectiveness of modern economic models as reliable predictors: our economies are too complicated and interrelated, and it’s impossible to model radical uncertainty (as opposed to quantifiable risks).  Also because neither the Keynesian nor the Neoclassical model includes in its forecasts of spending the key factors of expectations, or anticipated lifetime future income. Critically, it takes a lot to change anticipated future income, but when it does change, as has arguably happened since the Crisis, the effect is powerful and long lasting.  And the correct policy implications are then the reverse of what experts normally propose.

To touch on only one concept in King’s wide ranging book, but one with important micro and macro implications, look at interest rates.

Regular readers of this blog will recall Henry Hazlitt and his wonderful short book, Economics in One Lesson.  In it, he asserts convincingly that there are always two aspects to any economic policy: the short-term, easily seen impact, and the longer-term, mostly invisible one. In the case of incredibly low interest rates for the past eight years, the visible effects are the run up in all asset values (stocks and real estate, aggravating 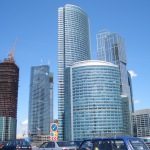 income equality in the nation), the loading on of debt by almost everyone, and (as the reason for the policy in the first place) the Keynesian prediction/hope for economic stimulus through increased spending.

One of the components projected to create that increased spending is the Wealth Effect, when households feel richer and spend more because homes, stocks and other assets have increased in value.

But Hazlitt would tell us to wait a minute, and to consider the less visible but just as powerful impact of those low rates on Mervyn King’s anticipated lifetime incomes.  Until recently, if a couple managed to save $500,000 for 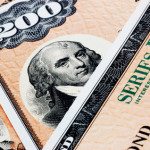 retirement, they could then expect to earn $35,000 or more per year from safe government and corporate bonds, without touching the principal.  Combined with Social Security, they could expect to live reasonably well and still have their savings for emergencies, or ultimately to give to their children.

Today they will be lucky to earn $10,000, and if they invest in high priced bonds, the probability is a major decrease in those assets’ value.  They cannot live on what they have saved without taking on much greater risk, or invading the principal.  In short, as Baby Boomers retire each year and try to decide how much they can spend annually, their expectations of lifetime income are significantly reduced.  And after several years of this same result, they are permanently adjusting downward their spending to align with their lowered expectations.

So while the very visible stock market may be at a record high again this week, the less visible impact of low interest rates includes all the millions of sales that are not taking place at neighborhood hardware stores, 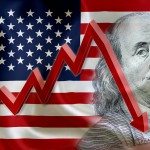 restaurants, grocery stores, car dealers, vacation planners, etc., etc., because no one can depend on their income from savings like they used to (and planned for).  Wall Street gains and Main Street loses.

While it is hard to say empirically, because there are so many complex interactions, the low interest rate policy intended to stimulate spending may actually reduce spending, because the opposite of the Wealth Effect—I’ll call it the Poverty Effect—on incomes overwhelms any inclination to borrow and to spend.

The monetary policy needed to encourage savings and to signal the most productive investments (i.e., normal, market driven interest rates) is exactly the opposite of what we have: artificially low interest rates as the Fed tries to induce spending against the headwind of the Poverty Effect. 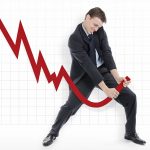 Policy measures that are desirable in the short term are diametrically opposite to those needed in the long term…Keynesian stimulus boosts consumption, reduces saving, and encourages households to borrow more. But in the long term, policy in the US and UK needs to bring about a shift away from domestic spending and towards exports, to reduce the trade deficit, to lower the leverage on household and bank balance sheets, and to raise the rate of national saving and investment. The irony is that those countries most in need of this long-term adjustment, the US and UK, have been the most active in pursuing the short-term stimulus.  Page 326 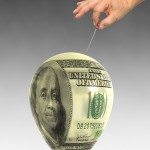 So in order to move our economy back to sustainable levels and structures of spending, we need higher interest rates.  And the longer we wait to go in that direction, the more painful the correction is going to be.

The problem is that Wall Street, the government, and the Fed have been spiking the monetary punch bowl for so long (to borrow William McChesney Martin’s famous analogy), that the steps we have to take are going to crash the party and lead to some serious hangovers before we start to improve.  But someone has to be the adult and do it. If we increase rates gradually, there is less chance for a financial crisis, because uncertainty will be reduced.  But the process will necessarily have painful chapters. 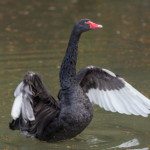 for those trying to predict when a Black Swan will land in his or her individual pond?  There will be many effects, among them:

So, how does one individually prepare for the inevitable uncertainty and occasional bad news from a period of deleveraging, job loss and reduced asset values? A year ago I wrote some personal ideas here at the Next Black Swan.  Basically, diversify broadly and build margin into every aspect of your life.  Starting today.

You might also consider, if you are not there yet, taking out a conservative loan on your home (for no more than half its current value), to lock in interest rates that hopefully we will never see again.  If that puts cash in your pocket, save the majority of it until we see how long the next Black Swan stays with us.

And try to internalize on a personal level the national need for increased productivity to boost output and income. Learn new skills and cultivate multiple sources of income.

For those making policy, we need to start moving to healthier, higher rates, but we will never get there if we don’t take the first steps. Leaders are supposed to lead, even when the best way forward may not look pleasant in the short run.