The Origin of Life and Evolution

I want to take a break from current events and look again at two important and potentially divisive subjects: The Origin of Life, and Darwinian MacroEvolution.

A recent discussion with an old and dear friend required me to summarize my beliefs on these issues, which I’ve been studying as a non-scientist for over twenty years.  While the two are related, they are of course different. I tend to tackle them independently. 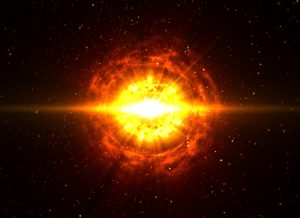 Before laying out any observations or conclusions, let me clearly define that I am an Old Earth Creationist.  I do not believe that the universe was created 6,000 years ago in six solar days.  I have no quarrel with those sincere Believers who do follow this path, but I generally ask them, If the sun was created on the fourth day, what was the source of the first three solar days?  I instead believe that the universe began with the Creator’s incredible Big Bang about 15 billion years ago, and that the earth was formed about 4.7 billion years ago.  In my mind, that makes the Creator, whoever He, She or It, is, just as remarkable as if it took only six days.  And maybe, somehow, both are true!  At least to the Creator.

Let me also state that I know nothing about these processes, in the same way that I know that two plus two is four.  I have read a lot of information by a lot of smart people, and I believe some things based on the imperfect evidence, but I know very little.

With those caveats, let me jump to my main conclusions: no one knows the answers to these subjects, the best actual evidence is inconclusive or contradictory, and yet the vast majority of people, including recent graduates of Biology teachers in high school and college, firmly believe that science has proven that given enough time life can start on its own in a petri dish, and that all creatures have descended from a couple of simple cells through the well documented process of Darwinian macroevolution.

I further believe that this secular view is strongly defended in the scientific and popular press communities because to allow otherwise would open the door to a possible Creator, or Intelligent Designer—not 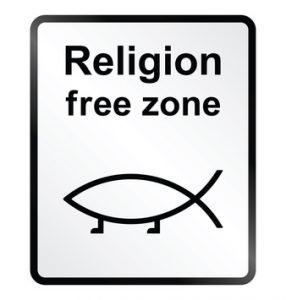 necessarily the God of the Judeo-Christian Bible, but some sort of higher being.  And most of us don’t want to imagine that, because it would further open the possibility that He, She or It designed us for a purpose, and has rules and expectations for us. Our pride does not want to deal with a Creator’s rules and expectations for us.  And so we reject any evidence of intelligent design with more passion than rationality would predict, because we just don’t want to imagine what the existence of a Designer–communicating with us in various ways–might mean for us and for our behavior.

MacroEvolution.  There is hardly another process more widely believed as the result of so little evidence.  Everyone recognizes MicroEvolution: different color moths, different sized bird beaks, our children taller than us, as any given species adjusts to its surroundings and stimuli.  But none of these involves the creation of a new major function, or of a new species.

Darwin predicted 150 years ago that we would soon find the skeletal remains of the intermediate species he postulated, and that if we did not, his theory was bogus.  The fact is that we have not done so. There are millions of remains of ancient creatures, but there no the remains of, say, a creature that had a half-wing.

To me, irreducible complexity (a mouse trap only works if all the pieces are simultaneously present and 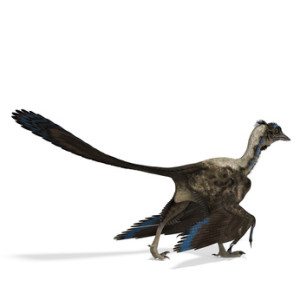 correctly assembled) still trumps faith in the macroevolutionary process.  How did a wing evolve?  Would not a creature with half a wing, unable to fly, actually be slower and therefore easier prey for his enemies than one without?  How did the eye learn to focus without all its parts, and without an optic nerve and brain connected to it?  And how could those necessary parts evolve independently?

But don’t take my word for it. Thomas Nagel, a secular humanist, destroys Darwinism in his book, Mind and Cosmos, or Why the Neo-Darwinian Conception of Nature is Almost Certainly False, and I summarized his arguments in an earlier blog post. I also addressed the problems with Macroevolution in the first short story in Ten Lies and Ten Truths, which you can download as a free e-pub at https://parkerhudson.com/ten-lies-ten-truths-page/.  There are more recent references and links at the end of that story. And I offer a more humorous spoof in a second post.

Let me be clear again that I don’t know how or through what process an Intelligent Designer created the given species, many of which are now extinct, but for me it requires much less faith to believe in an Intelligent Designer than it does to believe in the Darwinian process, which is really just scientific gibberish wrapped in a glossy coating of secular faith and pride.

And yet the vast majority of people believe that science has proven Darwinian Evolution to be true. It has not.

All I ask is that both Evolution and Creation be equally classified as unproven theories, so that they may be debated and evaluated on an equal footing.  As it now stands, Evolution is considered to be scientific, and Creation is some sort of flim-flam religion.   And that is simply not true.  Where are the scientists who will state that, in fact, macroevolution is not understood, observed or proven?

Origin of Life.  From what I read as a layman, we now know so much more than Darwin could have known when he wrote his theses; based on the best information in his day, he believed that a cell was a simple, irreducible building block, like a bit of clay.  And we know more now than Fred Hoyle knew when he postulated the Big Bang theory in 1949.  There is now so much we know that screams Intelligent Design, but let me mention here just three items; and I find it interesting that these include both the largest and smallest of entities: the universe, the earth, and the cell. 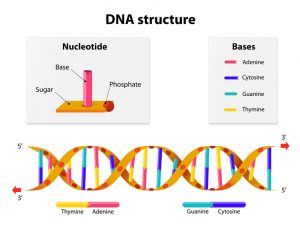 It is in this last area—the original creation of a functioning cell—that I invite you to watch James Tour’s very detailed challenge to the “with enough time” concept in his lecture on the near impossibility of using natural processes, as we now understand them, to create a complex living cell.  Unless you are a scientist, you may want to focus on the first ten and particularly the last twenty minutes of his talk.

To learn more about a ”neutral” Intelligent Designer, please see the many resources at www.discovery.org and at www.intelligentdesign.org.  Moving beyond neutral, which I realize is a second big step, the scientists at www.reasons.org, several of whom I know personally, are more certain that the Judeo-Christian God is the only possible true Creator, as revealed in the Bible.  They have a huge amount of interesting online information, as well as several challenging books, which I strongly recommend.

So, again, in summary.  I do not expect anyone to “know” that any form of Creationism is true.  But I also do not want the popular press and entry level Biology teachers to teach that Macroevolution and Life from a Bog are known facts.  None of them is a proven fact or model.  All of them take a leap of faith, and I personally find, after a lot of study, that a Creator makes more sense than the convolutions one must go through to believe in natural processes.  And, by the way, where did the “stuff” originally come from to allow the natural processes to work?  A Creator?