How Do You Say Black Swan in Mandarin? 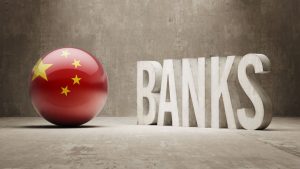 I’ve read on the perverse and unpredictable nature of too much debt in the short run, never mind the long term requirement to repay it; he focuses on the mounting problem in China, though the same analysis could apply to Illinois, Puerto Rico and other heavy borrowers.

It reminds me of the last days of the Soviet Union when factories built widgets that no one wanted and just stacked them in their yards.  Today in China they have built whole cities that no one occupies in order to keep workers employed and to reduce the possibility of dissent, all funded by various forms of unrepayable debt.  See a timely critique of the causes for this can-kicking process in this recent Wall Street Journal article. 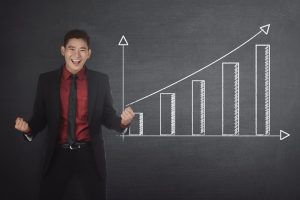 My question is whether China’s ever-increasing bubble, unlike the Soviet widgets, has a direct or indirect tie to the international financial system.  So that when that large sector has problems, will Western banks with exposure to Chinese, or even just Asian regional banks, be adversely impacted?

According to a recent U.S. Government Study, the direct exposure of U.S. banks to Chinese banks is minimal. 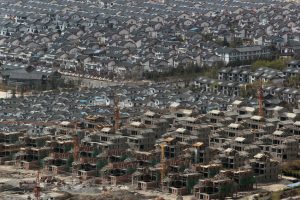 But in the fine print there is the mention of possible indirect connections via lending to Chinese companies, intermediate banks, and the general level of their economy.

Given the high credit ratings given to sub-prime mortgage portfolios in 2007-2008, I’m sure that a similar study of that sector in the summer of 2008 would have concluded that there were no problems. 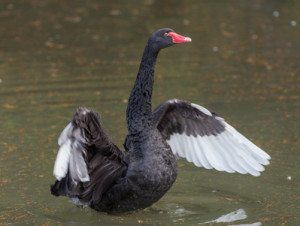 The definition of a Black Swan is that no one sees it coming.  Who would have thought in 1997 that problems with Thai banks could bring down the mighty South Korean economy and create an international banking crisis?

The current tea leaves read: it’s been ten years, the stock market is at an all-time high, gaining almost 8% this year without any recent significant corrections, and worldwide low interest rates continue to make additional debt feel too good to pass up.

I am not an alarmist, and I certainly don’t advocate selling all of one’s retirement account stocks or moving completely to gold.  A China-induced Black Swan (or some other one) may happen tomorrow, in two years, or 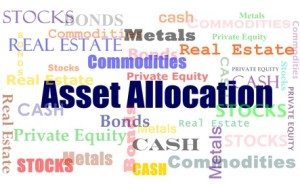 never. We don’t know, and to be out of the income earning market for a long period, waiting for the problem to occur, will mean losing significant income.

But I’ve written earlier about the value of keeping margin and diversification in all aspects of one’s investments (and in life in general), and I’m just sayin’ that it might be a good time to consider taking some profits off the table now and moving more to cash and/or gold, perhaps to avoid devastation, but at least to have cash to buy cheaper assets later, whichever way you want to think about it. 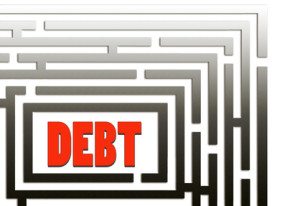 Then, if we survive the short term threats caused by too much debt, the half of us who actually pay income taxes in the U.S. can tackle how we will fund $1 trillion in annual interest on the national debt when rates return to their historic norm of about 5%.  That’s about $25,000 per year for a family of four, just to pay the interest–no principal, defense spending, Social Security, Medicare, or other government programs. Which could lead to the question: How do you say a large group of Black Swans in Progressive English?