If insanity is doing the same thing over and over again while expecting a different result, our nation is clearly insane.

This month’s post may initially disturb some of my conservative friends. If it does, I ask you to read through to the finish.  I am only seeking the truth. 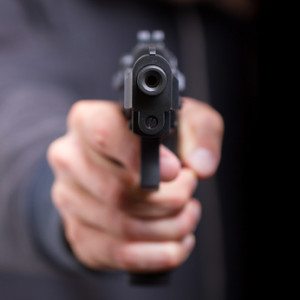 The War on Drugs is not just a failure. It is an outright cancer, an active force that is destroying individuals, families, institutions, and our culture. It has been doing so for almost fifty years. When are we going to declare ourselves sane, and stop it?

I don’t want anyone hurt by drug use. I also don’t want anyone hurt by alcohol use, gambling, or sex outside heterosexual marriage. But in the other cases we’ve learned that creating laws and legal barriers leads to both personal and societal disasters that are far worse than the mostly personal consequences of the original unhealthy behavior. When will we learn that the same bad outcome, only exponentially worse, comes from trying to criminalize drug sales and use?

I first posted about this subject in 2012 and 2013. In the former I extolled Ken Burn’s documentary Prohibition, which is available now on Netflix. If you have any doubts about the futility and unintended consequences of trying to regulate alcohol—or, by inference, drugs—please watch this series.

Two takeaways have stuck with me from Prohibition:

1. Just like our opioid crisis today, beginning in the late 19th century alcoholism was a 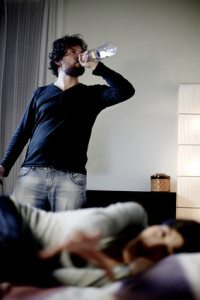 real problem. American men (mostly) were used to drinking beer and wine; but then plentiful, high proof whiskey was introduced. Alcoholism destroyed individuals, and since most jobs were male-dominated, it also destroyed families. It was a genuine menace. People, and particularly believers, were right to try to reduce the influence of alcohol on society. But making it illegal at the Federal level did not reduce the original problem, and instead only added layer upon layer of crime and destruction to the issue. 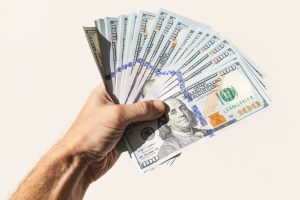 increase in lawlessness—having a glass of wine with your family made you a criminal.

I believe that the use of drugs by adults should not be a Federal crime, and the distribution of drugs should be regulated, controlled, and taxed, like alcohol. Those taxes, along with the savings from not chasing, and prosecuting over 100,000 people every month, can be used for drug treatment and rehabilitation programs. That’s sanity.

But for now the insanity continues. After five decades, there are many reasons to end The War on Drugs. Some of them are:

1. It costs a fortune and accomplishes little good. According to The Cato Institute, 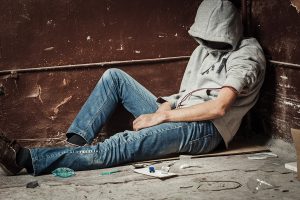 1.5 million a year. Since 1989, more people have been incarcerated for drug offenses than for all violent crimes combined. There are about 300,000 drug offenders in jails and prisons, and 50 percent of the federal prison population consists of drug offenders.

Yet, as during Prohibition, all the arrests and incarcerations haven’t stopped the use and abuse of drugs, or the drug trade, or the crime associated with black-market transactions. Cocaine and heroin supplies are up; the more our Customs agents interdict, the more smugglers import.

2. The War on Drugs creates more crimes and violence. Again, The Cato Institute:

Addicts commit crimes to pay for a habit that would be easily affordable if it were legal. Police sources have 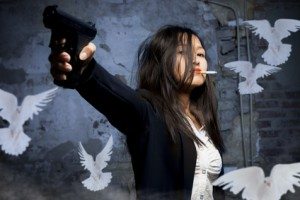 estimated that as much as half of the property crime in some major cities is committed by drug users. More dramatically, because drugs are illegal, participants in the drug trade cannot go to court to settle disputes, whether between buyer and seller or between rival sellers. When black-market contracts are breached, the result is often some form of violent sanction, which usually leads to retaliation and then open warfare in the streets.

That warfare is the major cause for the 300 million guns in our nation. And for gangs using them to take and defend territories. Yes, it is terrible when someone is hooked on drugs and then dies of an overdose. It could still happen with legalized drugs. But how bad is it when a child is killed in her bed by a stray gang member’s bullet, or whole neighborhoods are afraid to come out at night, or a young man’s only role model for getting ahead is a slightly older tough on the corner with a gun? This destruction of our people and our society happens not directly because of drug addiction, but because of how drugs are marketed, since they’re illegal. These results would go away, or be greatly reduced, if drug distribution was legalized.

3. Big Pharma and medical professionals have overprescribed opioids to millions of Americans. Once the 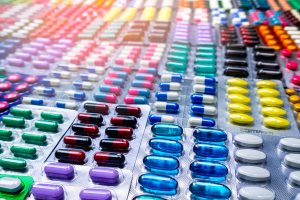 individual is hooked, and the prescription runs out, to sustain his or her habit the new addict has to “push” drugs on friends, steal, become a prostitute, and/or turn to cheaper, non-prescription drugs, like heroine. In all those scenarios the individual becomes a criminal, a target of the police and eventually an inmate, or dead—and all because he followed his doctor’s instructions. As a society, we must do better. The individual addict should be treated, not prosecuted and jailed.

4. There are far too many people in jail, and disproportionately far too many minorities, for “crimes” that are drug related. Mandatory sentencing laws have taken away any judge’s ability to fit the punishment to the situation. Beyond the incredible cost in money and manpower to incarcerate so many people, what do we think is happening to them while they are in prison? What are they learning? How will this help them, or society?

5. The War on Drugs is tearing apart our own society, from individual crime to redefining the role of the local police. Don Winslow, author of The Cartel, writes:

I can draw you a direct line between events in Ferguson and Baltimore and Cleveland to the War on Drugs. The 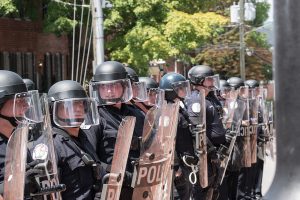 hostility between inner-city communities and American police forces begins with the War on Drugs and continues to the point where you get militarized police armed like soldiers, acting like soldiers. So the fruits that we’re reaping now are seeds that were planted back in 1971, when Nixon declared war on drugs.

6. The international equivalent of U.S. drug companies and doctors pushing opioids on our own citizens is the pushing of the drug creation and distribution business to Mexico and the rest of Latin America. What great neighbors we are! Is it any wonder that we are now reaping the harvest of more and more immigrants fleeing 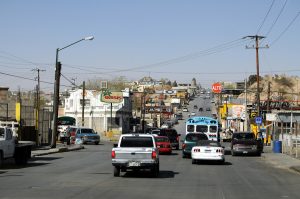 the lawlessness, violence and breakdown of civil society in their countries, caused in large part by our own War on Drugs? And then we add insult to injury when our President and Department of Justice lecture the leaders of these nations to do a better job controlling the violence that we have helped create. Insanity.

7. Finally, as a believer, I am appalled at the pure Evil that we are pushing on innocent people, both here and abroad, by forcing drug addicts to obtain their doses illegally and then making criminals of everyone involved in that process. Cato estimates that our insistence on this war, besides costing us more than $27 billion annually, channels more than $40 billion a year into international crime. Our insistence on this war provides the lifeblood that then supports every kind of violence and mayhem on the planet, from white collar money laundering to kidnapping to human trafficking to murder on the street corner.

I believe that America was, truly, founded on Christian principles; but I cannot find either the methods or the results of The War on Drugs anywhere in Jesus’ teachings. Instead, we are the ones who are facilitating the worst Evil on those who cannot defend themselves.

The repeal of the Controlled Substances Act of 1970 should be a bi-partisan no-brainer. Again quoting The Cato Institute:

Students of American history will someday ponder the question of how today’s elected officials could readily admit to the mistaken policy of alcohol prohibition in the 1920s but recklessly pursue a policy of drug prohibition. Indeed, the only historical lesson that recent presidents and Congresses seem to have drawn from Prohibition is that government should not try to outlaw the sale of booze. One of the broader lessons that they should have learned is this: prohibition laws should be judged according to their real-world effects, not their promised benefits. 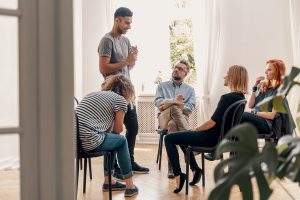 Drug abuse is a problem for those involved in it and for their families and friends. But it is better dealt with as a moral and medical problem than as a criminal problem — “a problem for the surgeon general, not the attorney general,” as former Baltimore mayor Kurt Schmoke put it.

Congress should repeal the Controlled Substances Act of 1970, shut down the Drug Enforcement Administration, and let the states set their own policies with regard to currently illegal drugs. They would do well to treat marijuana, cocaine, and heroin the way most states now treat alcohol: it should be legal for stores to sell such drugs to adults.

Politicians say that Infrastructure is a natural bi-partisan issue for working across the legislative aisle. Quickly ending the War on Drugs and putting all of those wasted people, dollars and resources to productive use would do more than any other single action to restore the future of our nation and to win goodwill with our neighbors.

Is there a group of Senators and Representatives who have the courage to speak the truth and to take on the repeal of the War on Drugs as an achievable goal in 2019?