Can Anyone See What China is Really Doing? Only If You Look.

This post is not about any specific Chinese or American companies or entities, all of which I assume are filled with people of good will who genuinely wish the best for each other. Rather, it is about two completely different and possibly irreconcilable models for organizing and governing a society during a period when these models, like two huge tectonic plates, are colliding and chafing against each other across the globe.

While America’s leaders are mired in political name calling over immigration, impeachment and every other issue, China is eating our lunch in companies, universities, research facilities and governments around the world. 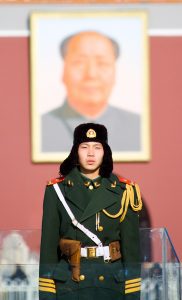 I’ve just read two important books: China’s Vision of Victory by Jonathan D.T. Ward, and The Great Firewall of China by James Griffiths.  Anyone interested in our future, let alone China’s, should read both books, and particularly the first.

There is way too much vital information to condense into a post, so I’m going to summarize five areas in which our words and concepts don’t match the way China uses these same words and concepts, and which therefore lead in part to our woeful underestimating of where they plan to be as soon as 2030.

1. Social Management. Before touching on China’s stated vision and means to that end, we should understand what the Chinese goal, the ideal society, looks like—which internally they have now almost completely achieved. It is not a country founded on individual freedom, protected rights, or rule of law. The government does not exist at the will of the people, or to protect individuals. Rather, the people exist to be used by the government for its ends.

Their own constitution enshrines this relationship: the individual is required to sacrifice for the government, as led by the Communist Party. This has been the case since the founding of the PRC, but with new technology, the Party/Government is able to control every 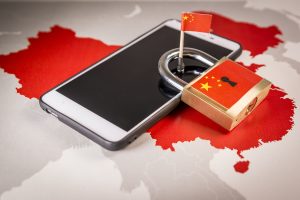 individual through a powerful, integrated system of coercion and cooperation, using physical tracking, facial recognition, artificial intelligence, censorship, spying, imprisonment, universal religious persecution, family threats, internment camps, surveilled phone apps, a controlled internet, and government created Social Scores (your own and your friends’) to bend everyone to the government’s singular will. No individual expressions out of sync with the government are allowed, and no unsanctioned meetings of more than a few people are possible.

The government’s control of the individual is complete, with no dissent possible, because all Chinese are expected to work together toward the government’s vision of the nation’s future role in the world. Period. And they are exporting what they have learned. “The key danger of the Great Firewall is that, by its very existence, it acts as a daily proof of concept for authoritarians and dictators the world over: proof that the internet can be regulated and brought to heel.” (Griffiths, 291)

2. Vision. Under President Xi Jinping, who is now the supreme ruler for life, the government is not pushing a “Manifest Destiny” for a new 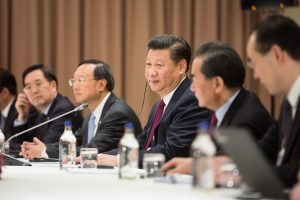 nation, but a “Restoration and Rejuvenation” of China’s long and rightful place as the Middle Kingdom, the center of the world order. The Hundred Years of National Humiliation (1840-1949) followed by the current Hundred Years of Restoration are just blips in the 5,000 year history of the world’s greatest civilization, and China’s “invincible force of 1.3 billion people” has the right to reclaim its proper position, not as just another nation state among equals, but as the rightful center of everything. Culturally, the Chinese consider their tightly controlled civilization to be the oldest and best—they look down on and expect subservience from near-neighbors like Japan, Korea and Vietnam, and then we in the West are still lower in the human pecking order. Concepts like liberal democracy, individual freedom, and limited government are not just debating topics—they are absolutely wrong and will eventually be replaced everywhere as China ascends and others must accommodate its demands, starting with its new vassals (companies and governments beholding to its economic power).

3. Economic Power. Between 1978 and 2012 China grew exponentially, extolling peace and harmony, attracting international companies and investors by the size of its potential market, then requiring them to compromise their core values and practices, whether in 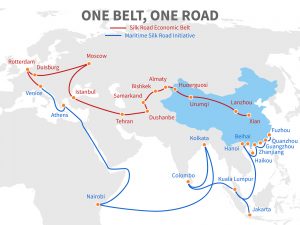 technology transfers, personal freedoms, or social media conformity. And behind all the Chinese companies and institutes were the government, the Communist Party and/or the People’s Liberation Army. Think of China as one huge incubator, where the government is able to pour huge resources of all types into any emerging company, help it gain domestic advantage, then pick winners and losers to compete in the world’s markets, all the while continuing to help (and expecting the company’s loyalty in return). There is simply nothing like this system in the West. And because of the culture mentioned above, the resulting China-first mindset is not just with top management. Whereas workers at Google protest their company working too closely with the U.S. government on a project, workers at a Chinese company see that same interaction as normal, logical and patriotic. How can any Western company, even the largest ones, compete with unlimited resources and a culture which will always view them as foreign/second class, worthy of being robbed to make amends for past transgressions?

4. Private citizens and private companies. There are none in China. At least not as we would normally define them. “Each and every 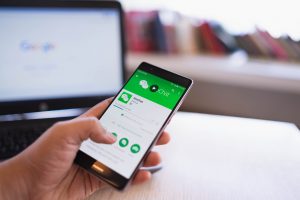 individual and entity is beholden to the Chinese state and the Chinese Communist Party. Every corporation and citizen must cooperate with the Communist Party to accomplish its global mission of providing security and building power for the Chinese State and the Communist Party.” (Ward, 191) By culture, law and government policy, every person and every company is ultimately considered a cog in the wheel that the CCP is turning toward restoration and rejuvenation. When China first opened up and then joined the World Trade Organization, America’s leaders hoped and expected that the nation would liberalize and democratize, as happened in Taiwan, Japan and Korea. But it has not happened in China, and probably never will. The people largely share the CCP’s vision for China’s rightful place in the world, and with the government’s absolute control over every form of communication, including the nation’s own separate internet (facilitated with the help of Western companies), change is largely unwanted and technically nearly impossible. So if a citizen or a company participates in predatory trade practices, looks for unfair advantages, flaunts the rule of law, bends the truth, steals secrets, or otherwise behaves in ways that we consider at least wrong, and probably illegal, these actions can be rationalized as necessary for the common goal and the common good. As is true everywhere, I imagine that there are brave individuals who push back against such behavior, but the pressure to conform is simply enormous.

5. Conquest. “Importantly, China’s industrial base doubles as a base for military power. The two, for Chinese leaders, are 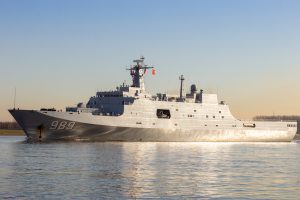 inseparable, especially given the Party’s view of history.” (Ward, 100). Moving beyond the defense of its nearby maritime interests, the current “Made in China 2025” and the “Belt and Road” Initiatives are about “the integration of Europe, Africa and Asia in an economic system, with China at its center.” (Ward, 185). And that will be the geographical foundation for the “Community of Common Destiny for Mankind” that the Chinese leadership envisions for the entire world. This Common Destiny “is not only an economic concept, but also a security concept. It is a concept of international order built around China’s ‘comprehensive national power,’ ‘far-reaching international influence,’ and growing military power.” (Ward, 189) The target date for reaching this correction and restoration to the world order is 2049, the 100th anniversary of the founding of the PRC. Only three decades away.

What this means is that if the liberal, democratic, individual freedom-based West is to survive and thrive, it must wake up to the fact that it is being attacked by two different existential powers: Islamic fundamentalism and China’s vision of restoration. The former has at least been on our leaders’ radars for decades, and is addressed in some way, somewhere, on a daily basis. But the competition from China, not just to be another great power, but to transform the world in its image, has gone largely unnoticed, or ignored. It has only been addressed locally, individually, tactically—not as the strategic threat to our rights-based democratic civilization that it is.

“The comprehensiveness of the thinking, vision, and planning of China’s leaders and Chinese society is breathtaking. China’s vision and actions span virtually every realm of human activity from military planning in advanced space systems and artificial intelligence, to industry, agriculture, and manufacturing, to communications and diplomatic operations in every nation, region and continent on Earth. This Chinese approach is a way of looking at the world that many are not accustomed to. While the United States has great global reach, it works to maintain rather than build its global power. Moreover, American planning is not nearly as comprehensive as Chinese global strategy….The Communist Party’s objective—the objective of one hundred years of national effort—is China’s preeminence.” (Ward 222-223)

As much as I dislike President Trump’s personal behavior, and generally oppose his use of trade-reducing tariffs when dealing with nations 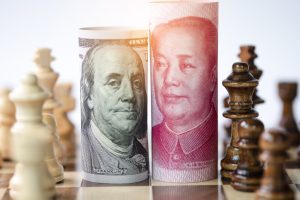 and companies which acknowledge accepted international rules of behavior, if he is using tariffs with China to get their attention and to push back against the much larger threat they represent than just cheap steel, then I have to admire his determination to tackle head on what our other leaders have ignored, and I encourage his team to address all of the areas mentioned in these two books, and more. But Gerald Seib points out that the final result may not look like what was expected only a few months ago, because the Chinese may now view their “new” system as superior to the rule-of-law, fair trade system underlying Western practices, and instead may decide not to be coerced to play by those rules any longer. See “China Likes Its Own Model, U.S. Learns”.  In that case, we may be in for a painful structural realigning of all types of trade and relationships in the world, signaling the first visible steps in China’s attempt to claim preeminence, and this will be completely new ground for conflict, negotiation and agreements.  As Holman Jenkins, Jr. recently wrote in The Wall Street Journal, “The problem is not Huawei, the problem is China.”

Jonathan Ward calls us to action in the final pages of his book. “We must gather and build the power of our alliances, friendships, and commitments around the world, in other words, the world that has been built from our own victories and values. …A contest between China and America will be a close-run thing. However, a contest between China and the democratic world will be impossible for China. America must remain engaged in global leadership, with a focus on the world’s democracies.” (Ward 229)