How President Trump Can Win One for the Nation in 2020

We seem to be headed for a repeat of 2016’s very difficult election choice in 2020, only with the contrasts even more sharply drawn. 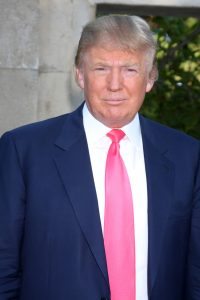 It’s no longer conjecture whether Donald Trump’s narcissism and petty treatment of others is just a passing anomaly—it’s really him. And every Democrat has moved so far to the left that any day now I expect to see late term abortion lauded as a way to save children from the depravities of Free Market Capitalism. Meanwhile, nothing gets done to address our real problems, since Congress is always in political stalemate.

How does a believer like me—or any thoughtful, conservative secular person, for that matter—choose between this unappealing personality and a field of seeming idiots who think it’s just fine for a mother to kill her child in the delivery room?  And to advance crippling Socialism?

I have a solution that will solve all these issues.

Donald Trump should announce the following:  “In 2020 if you re-elect me and also elect governing majorities of Republicans in the House and Senate, so that we can pass real solutions to our problems, then no later than two years after the election, and hopefully sooner, I will resign as President and resume my personal life, staying out of politics in the future.”

His pledge to solve problems and then resign will be a win-win-win for the nation.

It will turn some voters’ negative animus for the President into a positive: Elect him with a real conservative majority and not only will he help solve long-standing issues, but then he will leave early, allowing the Vice President to govern long enough to create a track record for electability in 2024 (or not).

It should appeal to Donald Trump—surely six years of this should be enough, and the last two years of most presidencies are usually dreadful. He can avoid that, go out on a high, and remind everyone for the rest of his life that he personally saved the country. 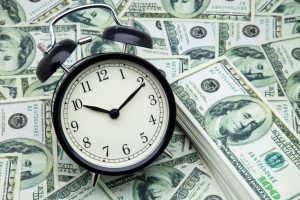 our do-nothing Congress. If Trump will make this pledge, then Republicans should immediately propose specific legislative solutions for immigration reform, entitlement reform, reducing the national debt, closing tax loopholes—hopefully even ending the failed War on Drugs and the War on Poverty—all the hot-button, real issues that are slowly destroying our nation, but which no one will touch when politics clouds their otherwise correct, common sense vision. And talk about igniting the economy!

These solutions should not be from the far-right of the party, but should rather be as moderate as possible, while still really solving problems. They should appeal to as many voters as possible. Republicans should be seen to be giving up some of their own extreme positions—like deporting the Dreamers—in order to win over independents and moderate Democrats, who also detest their party’s nonsensical fringe, to a fast-track of bold, real-world problem solving, all of which will be laid out before the election. With the added bonus to them that Trump will then depart.

To the extent that Trump’s pledge will reduce the focus on his personality in the debate, it will help concentrate the nation on policy differences, which conservatives should win if they do their homework and present reasonable solutions.

Everyone, particularly our children and grandchildren, will benefit from this once-in-a-generation compact to actually solve the big issues. And in one step Donald Trump will get back at least two years of his life plus elevate himself from just Deal Maker or Tariff Man to a real hero—The Lone Ranger, who rode into town, solved all the problems, and then left before the sun set.

This will work. I hope our President will embrace it because, if the much needed reforms actually go through as a result, it will be a huge win for our nation.