I truly believe that Black lives matter. The question I’m about to ask is not snarky or a rhetorical gimmick. It is a genuine question which I hope one or more Progressives will answer.

To some–even many–people Black lives matter, unless they are about to be aborted. And then they don’t. My question is: How can this be? 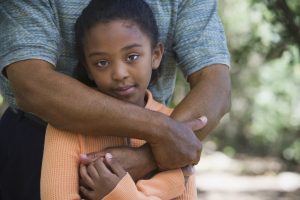 For the past several months we have been shown repeatedly how Black lives as a group are in worse shape than others in our nation. Black people succumb more often and with a greater death rate to the Covid virus. Black men are much more likely to be pulled over, convicted of crimes and sentenced to longer jail terms than others. Black people are more likely to be the victims of crimes. There is still racism, active or historic, in housing, in hiring, in education.

All of those statements are terrible, and we must as a nation, across racial and political lines, talk and take actual steps to correct them.

As an aside to this discussion, I believe that many, but not all, of these issues are the result of the demise of families in our country, and particularly of Black families, and even more particularly in the crucial role of fathers in all families. I wrote about this in an earlier post, “Where Have All The Fathers Gone?“

Focusing on Black lives matter, one additional terrible statistic concerning Black Americans is that Black babies are at least three times more likely to be killed in the womb by their own mothers than are white babies.

According to the CDC and the Guttmacher Institute, there have been approximately 60 million abortions in America since 1973, or about 120 per hour, 24/7, 365 days a year, for 47 years. A hundred and twenty deaths every hour. Let that sink in.

Of those, approximately 19 million Black children were aborted. Black deaths by abortion make up about 32% of the total, while Black mothers make

up about 14% of the child-bearing age population. The figures vary slightly by year and by reporting method, but according to the CDC the Abortion Ratio (number of abortions obtained by women in a given racial group per 1,000 women in that group) in 2016 was almost four times higher for Black women than for white women.

Without those abortions, there would be at least another 19 million Black people in our nation, plus their children and grandchildren. A lot of people—leaders, educators, workers, voters, artists, intellectuals.

We affirm the lives of Black queer and trans folks, disabled folks, undocumented folks, folks with records, women, and all Black lives along the gender spectrum. Our network centers those who have been marginalized within Black liberation movements.

We are working for a world where Black lives are no longer systematically targeted for demise.

We affirm our humanity, our contributions to this society, and our resilience in the face of deadly oppression.

The call for Black lives to matter is a rallying cry for ALL Black lives striving for liberation.

Surely, working to keep Black mothers from killing Black babies must fit into one of those statements.  How much more directly can Black lives be systemically targeted for demise than by abortion? How can this be? 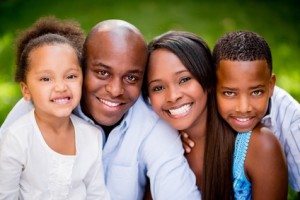 And of course this is presented as a choice, not as oppression—except that the abortion movement was begun by white Progressives a hundred years ago who wanted to decrease the Black population. It looks like they are succeeding. But today’s Progressives somehow disconnect this result from other types of oppression. How can this be?

If you want to stay a minority, kill your babies at three times the rate that other mothers kill their babies.

Again I ask: How can Progressives in general, and Black Progressives in particular, be, in Democratic Party lock-step, pro-abortion? Is it because they want less Black people? It would seem so.

I believe it can be only because of the lie that personal autonomy and personal choice trump life itself.

The pro-abortion movement has sown a culture of death. It attempts to destroy and to deny the sanctity of life, and the consequences are now clear to 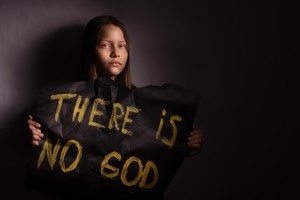 see. This is what happens when a society jettisons the moral code based in the truth that every human is an extension of God’s common grace, and a bearer of God’s image. Unless this march to death is reversed, the headlines will only become more horrifying and even deadlier. (p. 40).

The solution to solving this terrible problem of abortion deaths in the Black community only marginally involves white people, the police, the courts or even politics. The Black Church, community leaders, fathers, mothers, teenagers, business leaders—all must work to reweave the sanctity of babies’ lives back into the Black community, whether one is a Christian believer or not.

The BLM website never mentions Christian faith, which is fine. But that means that surely, whether believer or secularist, given what BLM stands for, we can agree on the sanctity of life and come together with a combination of teaching, birth control, role modeling, parenting, support organizations and societal norms that promote and reinforce that all Black lives matter, in fact that all lives matter, even when the life is in the womb.

For this particular moment, I hope to see new placards at rallies and marches: “Aborted Black Lives Matter”.

And again I ask, if you think these lives don’t matter, then How can this be?