This post is a warning which we should take seriously.

George Floyd died on May 25th in Minneapolis. In the ensuing three months we have witnessed demonstrations, peaceful protests, violent riots, the destruction of urban centers, the rise of Black Lives Matter, Antifa and other militant groups, mob rule, corporate mea culpas for social injustice, vigilantes, and politicians stating that America is actually not the world’s greatest experiment in personal freedom but instead is the worst of nations, built on systemic racism and white privilege.

And all of that is based on the widely accepted, videoed observation that white Officer Derek Chauvin of the Minneapolis Police Department wantonly killed Mr. Floyd by holding his knee on Mr. Floyd’s airway for over eight minutes, making it impossible for him to breathe–another example of widespread police targeting of innocent black men for harassment and even death.

Here is my warning: Once all the facts are known, the four officers involved may be convicted, but they also may be acquitted and found not guilty. Can you imagine, given the last three months, what will happen across America if their possible acquittal occurs as a surprise, with no forewarning of that possibility? How much violence and destruction will there be? How many people will be killed? How will it impact each of us?

Let me stress that I am not an attorney or a forensic investigator. I have no special knowledge. Except for a conversation with a retired senior police officer for context, everything mentioned in this post is readily available to everyone on the internet. I have no 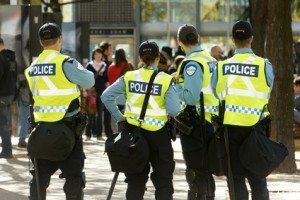 agenda to decide the case against the officers one way or the other. More facts will lead to a better understanding of the truth.  My only interest is in truth, wherever that truth may lead.

My one qualification is that I have served on juries. And I understand the judge’s typical charge that the prosecutor must prove guilt beyond a reasonable doubt, particularly, I imagine, where the charge is Second and Third Degree Murder.

Let me encourage you to take 34 minutes and watch the entire bodycam video from Officer Thomas Lane, the first officer to interact with Mr. Floyd.

When you do, you will observe at least the following:

Beyond that video, it also is apparently true that:

An early version of what will be the key points for Officer Lane’s defense can be seen here in a CNN interview with his attorney, Earl Gray.

Given just the above facts, it seems very possible to me that a jury will have a hard time imagining that the police officers set out to murder a black man that afternoon, or even that they were negligent. It seems possible that they were following the best practices of the Minneapolis Police Department in trying to deal with a large man who was agitated, resisted arrest, and lied about whether he had taken any intoxicants.

Again, my point here is not to try the case. Much more will be known and presented when the case opens, probably next year. My point is that because there is at least the possibility that the actual facts will exonerate the police officers, and they will be found not guilty, responsible leaders of all types must start preparing our communities for this possible outcome now and throughout the next six months.

Otherwise, if that possible outcome of acquittal were received not as justice under the rule of law but rather as another terrible injustice of white privilege, the consequences for our communities and our people will be dire.

We must focus on actual facts, truth, justice and the rule of law to avoid a rush to the mob’s conclusion. Because if the mob still rules and is not happy with the outcome, Woe to Us.