The Evolution of the Cancel Pass

The current “Cancel Culture” is one terrible result of the Oppressor/Oppressed Critical Theory tsunami that is sweeping our nation today after decades of preparation, primarily in all levels of our nation’s education system.

We were recently told by a friend who is a senior academic at a prestigious Ivy League university about a first year student who was being hounded and “cancelled” by fellow students, professors and administrators for something she wrote when she was fourteen. This woman wants to be a doctor, but she is shunned and depressed because her earlier words, which she has repeatedly and publicly renounced, appear to show her to be a racist, and therefore, according to her peers and those in power, she should be expelled from the university, and certainly not allowed to become a physician.

We suggested that our friend give this young woman a link to the story of John Newton, the Slave Ship Captain who was 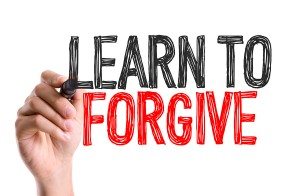 transformed by Christ, repented of his previous actions, helped William Wilberforce end the Slave Trade in England, and wrote the universally acclaimed hymn, “Amazing Grace”. Thank God that we are all, with His help and intervention, capable of repentance, redemption and transformation. We hope that Newton’s story will encourage this young woman to persevere, as the calls for her dismissal continue to hound her.

With that as background, the main point of this short summer post is to note how selective is the Cancel Culture, and how it turns a blind eye to those it deems worthy of defense, like a long list of male Democratic politicians and Progressive pundits on cable networks.

But the all time winner of the “Immune from Cancellation” Award with a permanent Cancel Pass has to be Charles Darwin. Remember that he “scientifically proved” the “fact” of 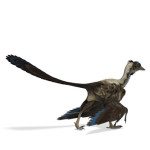 Macroevolution/Speciation, meaning that thinking people no longer have to consider that we may actually be created by a Creator who might have ideas about how we should behave in the world that He has given to us.

Because if we’re all just the result of random events and stray molecules, then we can side-step that Creator business and get on with living our lives as the center of our own universes. Thank you, Charles Darwin, for giving us the “Get Out of Being Created Free” card!

But wait. In “proving” Evolution, Darwin also “proved” that men are superior to women, and that Negroes are an inferior stepping stone between apes and superior Whites.

Chapter 6 of The Descent of Man:

At some future period, not very distant as measured by centuries, the civilized races of man will almost certainly exterminate, and replace, the savage races throughout the world. At the same time the anthropomorphous apes, as Professor Schaaffhausen has remarked, will no doubt be exterminated. The break between man and his nearest allies will then be wider, for it will intervene between man in a more  civilized state, as we may hope, even than the Caucasian, and some ape as low as a baboon, instead of as now between the Negro or Australian and the gorilla.

The chief distinction in the intellectual powers of the two sexes is shewn by man’s attaining to a higher eminence, in whatever he takes up, than can woman- whether requiring deep thought, reason, or imagination, or merely the use of the senses and hands. If two lists were made of the most eminent men and women in poetry, painting, sculpture, music (inclusive both of composition and performance), history, science, and philosophy, with half-a-dozen names under each subject, the two lists would not bear comparison. We may also infer, from the law of the deviation from averages, so well illustrated by Mr. Galton, in his work on Hereditary Genius, that if men are capable of a decided pre-eminence over women in many subjects, the average of mental power in man must be above that of woman.

Can you think of any other white male we would honor who “proved” that Blacks and women are inferior to white males?

And remember, Darwin’s conclusions are not viewed as a youthful slip, but as science. Science on which so many other theories and Progressive actions are based.

We pull down statues of men who probably just believed a lot of what Darwin “proved”, and we Cancel individual people who cannot defend themselves over something they did years ago. But we cannot possibly cancel Darwin for his supposedly scientific proofs, because then the whole house of cards on which so many lives and worldviews are built might tumble down. Better to give Darwin the Cancel Pass, and just not think about it.

I hope that works out for all who believe him…Some day we’ll all know for certain. On that day, would you rather rely on the words of Charles Darwin, or the words of John Newton?