I dislike that the Biden Administration is “pivoting” away from the disaster which was and is our Afghanistan withdrawl, killing our service members and Afghan children, and leaving behind tens of thousands who helped and counted on us. My preference would be that every press briefing be required to start with the latest on what we’re doing to help them. But clearly that’s not going to happen. 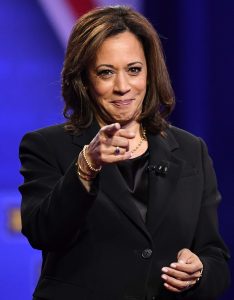 So from the delusional mantra that the Afghan withdrawal was a great success, we’ll turn to the Administration’s other delusional mantra that our southern border is secure, and that all is well there.  Even though anyone with eyes and ears can clearly see and hear that hundreds of thousands of people a month are following a dangerous route north, walking into our country, and then being bussed into our neighborhoods with little money, no documents, and a high likelihood of Covid 19 infection.

Back in March our Vice President was put in charge of solving whatever problems there may be at the border (should there really be any), and in June she famously said over and over while in Guatemala, Mexico, and near El Paso, that she is going to focus not on what we see on our newscasts, but instead on the “root causes” of all this northern migration. Translation: nothing much is going to be done, but all plans will include sending lots of our money to corrupt governments in Latin America.

Since she’s been rooting around for a cause or two for several months now, apparently without success, let me tell her how to save money, save lives, and dry up the northern migration in one quick stroke: End the War on Drugs.

I’ve been a broken record on this subject for years. See these earlier posts for some startling facts and figures on the cost of the War in lives lost, lives destroyed, and money, both here and abroad: The Best One Thing We Can Do Right Now, War on Drugs Causes Insanity and Prohibition Created Criminals and Cost Tax Revenue. So Does The War on Drugs.

For a recent update on the fifty year War’s many domestic failures, see After Fifty Years of The War On Drugs What Good Is It Doing Us?

Since our focus here is to help point our VP toward the root illegal immigration causes, check out Six-reasons-the-drug-war-is-disastrous-for-latin-america.

And for a full catalog of the War’s colossal failures, see the Cato Institute’s incredibly detailed report Policy-analysis/four-decades-counting-continued-failure-war-drugs. Here is a short quote:

The U.S. War on Drugs, like the ill‐​fated war on alcohol of the early 20th century, is a prime example of disastrous policy, naked self‐​interest, and repeated ignorance on the part of elected officials and other policymakers. From its inception, the drug war has repeatedly led to waste, fraud, corruption, violence, and death.

To focus on any other “root causes” while maintaining the War on Drugs would be like throwing buckets of sand on a house fire being fed by a major gas leak. We won’t accomplish anything until we cut off the fuel to the fire—illegal and very profitable drugs.

Ironically, the 2017 Cato Institute report mentioned above spends a lot of time showing how the Taliban funded itself in Afghanistan by growing, selling and controlling the poppy trade. In the context of the tragic, rapid takeover of the country last month, it’s really worth taking the time to read what this report clearly showed four years ago about how the Taliban’s Poppy Cartel helped them control more and more of the country, and more and more people, while also earning enormous profits to fund their violence. Here is a small excerpt:

Seeing the chance for profit as a result of the national ban on drugs, the Taliban became a one-stop shop for all the needs of local opium poppy farmers. According to one report, the Taliban became “increasingly engrossed in both the upstream and downstream sides of the heroin and opium trade—encouraging farmers to plant poppies, lending them seed money, buying the crop of sticky opium paste in the field, refining it into exportable opium and heroin, and finally transporting it to Pakistan and Iran, often in old Toyotas to avoid detection.”92 Moreover, in response to U.S. policy, the Taliban also began to offer protection in exchange for a portion of farmers’ crops or revenues.93

As a result, the opium trade in Afghanistan is a major source of revenue for the Taliban, and has generated between $200 million and $400 million annually since the Taliban’s resurgence in 2005.94 Captured Taliban fighters state that poppy production is their primary source of operational funding, including salaries, weapons, fuel, food, and explosives.95 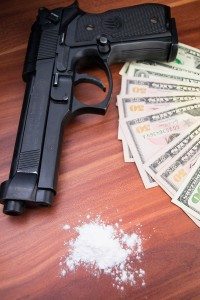 Prohibition always has the same disastrous effects, from the United States in the 1920’s to Latin America and Afghanistan in the 2020’s: It creates cartels, gang wars, government corruption, violence and the criminalization of the population. When are we going to learn that it doesn’t work?!?

But here’s a positive thought: Since President Biden apparently ignored a lot of advisors on how to end the relatively short twenty year War in Afghanistan, maybe he’ll do the same thing and one afternoon simply end the fifty year War on Drugs, with a few strokes of the pen!

You can do it, Joe. Or give the pen to Kamala.  Please, one of you, just end it.

Then see what impact the end to the violence, incarceration and corruption has on our own people and neighborhoods, as well as on the lives and fortunes of our good neighbors to the south.

Cut off the fuel to stop the fire.