When our astronauts landed on the moon in July, 1969, I was a 22 year old graduate student at London School of Economics on a one month language study in Leningrad, USSR. While our student group was there, we saw all the deprivations of the Soviet command economy, and we also saw young people beaten up by the KGB simply for talking with our group.

Twenty-five years later the commercial real estate industry launched in Russia, and I participated. Fast forward to the early 2000’s, when Russia was alive with optimism. Everyone was going to be the president of a new, vibrant company in this talent and resource rich nation. They believed they would integrate into the world economy under President Putin, who had tamed the oligarchs and promised stability with growth.

Today, in early March, 2022, in just this one man’s lifetime, the cycle has turned again, and Putin, in trying to conquer Ukraine by destroying it, is in fact destroying his own country as well.

Evil, always present, has again been unleashed. How and why? Because no one checked the evil when they could, and now it reigns.

If you are reading this sometime after these events, then you know how it all turned out. For now, it is only a terrible, pointless, devastating human tragedy, with no clear way out.

There are of course many facets to this tragedy, but I want to focus on one which needs more emphasis in the West—the difference between Putin and 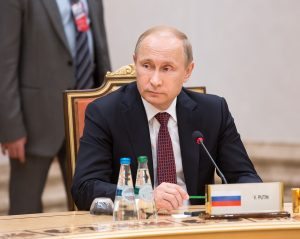 everyday Russians, many of whom hate him and his policies.

We should be very careful with our denunciations and our sanctions to ensure the Russian people know that these are aimed at Putin and his inner circle of enablers, not at all of them. In fact, it should be clear that if they can somehow muster the will to be rid of him and stop the war, the sanctions will be lifted immediately.

I think most Americans understand this, but we need to say it.

It’s reasonable to ask, “How have the Russians allowed this to happen? Aren’t they responsible for the government they have?” Yes and No.

If you are an average Russian of any age or status, and you hate Putin and want the Ukraine War to end today, you have no means whatsoever to effect that change. None. Other than demonstrations. The government has all the power, all the guns, and they control the press and the narrative.

As an aside, it’s easy to smugly imagine that this could never happen here. Think again. I graduated from university in 1968 and expected to be drafted into the US Army to fight in Vietnam. Unlike most Russians today, who can’t see the truth on their televisions, for years we had watched as President Johnson presided over the destruction of Vietnam to save it from Communism, napalming troops, destroying villages, and, in March of that year, massacring 500 women and children in My Lai, which our Army then tried to cover up.

I hated the war, thought our Democratic President was a dunce, and did not want to go. There literally was no Republican Party in Georgia—the Democratic Primary decided all political races—and if there had been, Richard Nixon was not exactly a dove. Our Democratic governor was an arch segregationist who chased African-Americans out of his restaurant with an axe handle and personally appointed all the delegates to the 1968 Democratic Convention in Chicago. And the press, which had defended the war for years, was only then beginning to question its morality and efficacy.

So, while I am not equating our situation in America in 1968 with the average Russian today, it is at least of the same nature—there was/is no effective way for any individual to influence policy or even to elect different leaders. Except protest. Ultimately, that’s what we did. If you’re interested, see this post about 1968 for that chapter of the story. And, ultimately, I suspect that’s what will happen in Russia.

Returning to the main issue: How does this evil happen at the highest level of a government?

The answer is that evil is always there, at all levels of human behavior. My faith teaches that it always will be, in this fallen world. The only personal answer is faith in God’s Son, who died to save me from my own sins, thereby redeeming me and transforming me through his Holy Spirit. Though, even then, I remain a sinner saved by grace alone.

For a society, the only answer is Checks and Balances, fixed permanently in place and maintained by a free and skeptical press, always questioning and criticizing.

The great, romantic Progressive Lie—from Rousseau to Darwin to Sanger to Wilson to Woke–is that we are all basically good (well, our group is good), and whatever blemishes we have can be fixed by better education, indoctrination, income, and/or government programs. Human perfection is possible through human effort.

No. The truth is that even the best of us is, at heart, selfish and evil. We all are, and we always will be. 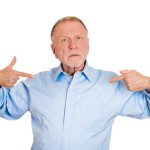 While evil and violence are sometimes enhanced and amplified by differences in race, gender, economics, politics, and/or tribes, these are not necessary for evil to flourish. Consider that Ukraine and Russia are two white, European, Christian nations sharing family ties, the same economic systems, and a long history together. And yet Putin is killing these very similar people simply because he wants to dominate them.

Our Founding Fathers got it right because they based our government on divine truth: don’t expect people or their leaders to become perfect (they cannot), but instead harness their self-interests with checks and balances under the Rule of Law, forcing them to work together through compromises, so that by seeking those self-interests they also peacefully advance the common good.

When there are no institutional checks and balances, and no free press, there will always be Putins. It’s guaranteed. He may have started as a reasonable reformer, but with all the power and no one to challenge any policy, he, like all of us, winds up hearing only one voice, and that means that the evil is loose.

We can’t do much about Putin right now. Hopefully the Russians will find a way.

But we can, we must, fight every attempt in this country to stifle our freedoms, particularly the freedoms of speech and religion. We must push back against every policy which encourages the belief that we can perfect humanity in some way. We can’t. And the press must truly get back in the game, repeatedly and forcefully demanding truth, not spin or anyone’s agenda. Truth. Only truth.

That’s why I’m so passionate about pushing back against the lies of Wokeness (see that post). We are not evil or good because we belong to some group, or have a particular skin color or gender. Each of us has a selfish, evil nature at birth, but we make hundreds of daily individual decisions to exercise good or evil, all of which have consequences for others and ourselves.

Similarly, we can be saved and transformed by our own individual decision. Or not.

We are individuals who cannot be perfected, but who can choose not to give in to evil, and instead to love our neighbors as ourselves.

Vladimir Putin is Exhibit #1 of allowing all power to reside in any one person—or group—with no checks or balances, and no press to ask questions.

May we, as Americans, always promote and defend the individual, not the group; do all we can to encourage the best in each of us; and harness our many individual self-interests in a positive way that promotes the common good.