I want to share my thoughts on the two ends of a conceptual telescope I will call “Character.”

Not character like someone in a novel, but as with: The aggregate of features and traits that form the individual nature of some person or thing. Qualities of honesty, courage, or the like; integrity. Reputation. Good repute. (Character Definition & Meaning | Dictionary.com)

At the larger end of the Character telescope is the big picture view of our nation’s Virtue that everyone can see. For years I’ve been intrigued by the analogy of the Golden Triangle of Freedom in Os Guinness’ classic work, A Free People’s Suicide, as summarized by Eric Metaxas in his book If You Can Keep It: The Forgotten Promise of American Liberty:

“Freedom requires Virtue; Virtue requires Faith; and Faith in turn requires Freedom. Remove any one of the triangle’s sides, and the whole structure collapses.”

Guinness makes the strong case that the future of our republic depends on the preservation of Virtue among our citizens. But in this context what exactly is Virtue? Does it just mean we’re all supposed to be “good people”?

At the smaller end of the Character telescope is individual Behavior. As a grandparent I’ve been interested again in the process of raising children, which I can now consider with the appropriate generational detachment. But even detached, it is a fascinating, important subject, and that study led me back to John Rosemond, whom I believe gives the best advice on this subject anywhere.

John believes that we’d all do better to throw away the latest unproven “psycho-babel” on Self-Esteem and “feelings”, and instead raise children the way our great- grandmothers did: leading children by example and by a serious expectation of correct Behavior, as just one of the many things she did, and not as a cause for any great anxiety. She didn’t sweat her child’s grades or changing interests—she knew her role was not in those details, which were ultimately up to the child, but instead her responsibility was to lay the foundation for the child’s Character, which often meant doing “less” rather than “more”. I’ll return to John’s rich teaching in a moment.

So I’ve been interested in Virtue, Character and Childhood Development (Behavior), knowing that they are clearly and deeply related, but not being able to state exactly how in a few sentences.

Then I recently read Battle For The American Mind by Pete Hegseth and David Goodwin. A friend recommended it, but I didn’t expect anything too scholarly or insightful. Boy, was I wrong. Everyone concerned about American Education should read this book. And there, at the bottom of page 164, were the words I’d needed:

“Values are just ‘things we believe.’ They’re like answers on a memorization test, and they’re self-defined. Virtue, properly understood, is rooted in the affections of a person as they align to God’s affections. A virtuous person loves the right and the good. Virtue is not behavior, though it nearly always results in behavior. Actions are the outworking of a person’s virtue, which is cultivated into his or her character. Under this Christian ethical system, any given choice is a function of virtue.”

So our great-grandmother focused on adding self-reliant and virtuous adults to society by age eighteen (at the latest) through ensuring that each child had many opportunities to practice both virtuous and non-virtuous behavior, with differing outcomes, including setbacks and failures, thereby creating a strong and virtuous character.

That process and its outcome served well the growing child, the family, the community, and the nation.

Tragically that is not always how children are raised today. Guinness, Metaxas, Hegseth and many other great thinkers and writers have focused on the larger, social end of the Character telescope, suggesting actions and strategies to reverse the nation’s ever faster slide away from its virtuous foundations. But for just a moment I want to focus on how important is the smaller, individual end of the Character telescope to the ultimate societal outcome—the instilling of virtuous behavior during a child’s early years. 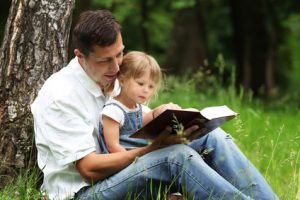 It seems obvious that if Virtue means aligning one’s affections to God’s affections, then age-appropriate study of God’s Word and His Gospel of Grace and Redemption must be emphasized as a child grows and matures, hopefully in school, and certainly at home. But, again, I want to focus here more on the behavior part of the process—the actions that are the outworking of choices.

One could camp out on John Rosemond’s website (www.rosemond.com) for months, or read his books, and be filled with child-rearing wisdom. And a bonus of greatly reduced anxiety! His focus is on simple but powerful attitudes, with an occasional action—not on the latest parenting method-of-the month.

If you have children or grandchildren and $34 to spend on them this year, I recommend joining John’s www.parentguru.com group, which gives you unlimited access to a treasure trove of great advice on what to expect and how to solve problems across the various seasons of parenting.

For example, I typed in Character, and up came over 20 articles. One of the many that caught my eye was “Raising a Can-Do Kid.”  The topics covered include:

Seems like a pretty good list to include in any child’s Character traits! John concludes this article with “The surest way to develop autonomy is to allow children to play on their own and solve problems for themselves. You may need to help them at first, ask questions designed to guide them in solving the problem for themselves. Soon, they’ll be handling problems on their own.”

This Character-trait list is a far cry from the typical results when a Helicopter Mom does or checks her 13-year old’s homework every night, or a Helicopter Dad micro-manages his child’s athletic experience. 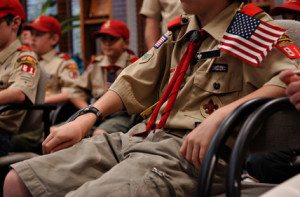 The article, by the way, reminded me how important the Boy Scouts was to me as a child, and then to our sons. It’s not just the outdoor/Merit Badge skills that you learn, which quickly build personal confidence, but also the experience at age 12 of teaching and being responsible for 11 year-olds that is hard to replicate elsewhere.  A few years later similar benefits can come from one’s first job(s), student-led organizations, mentoring, and the military, but a great Scouting experience can jump start early advancement in those later opportunities. The Scouts have been through some terrible, self-inflicted trials of late, and I hope the organization will emerge better and stronger, with renewed and virtuous leadership.

In all these cases, choices and actions, not just opinions or essays, are required. As we’ve seen, it’s through the feedback loop of behavior and consequences, success and failure, that children and young people build virtuous characters.

One final gift from John’s teachings: Manners are a clear outward sign of a child’s inner Character. While seemingly not very important, simple manners, like 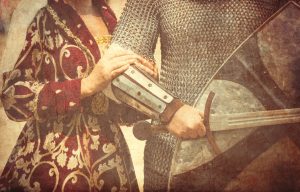 holding open a door, stepping aside at an elevator, and assisting someone in need show whether the child is me-centered or others-centered. John reminds us that Christ did not say, “Blessed are those who are filled with Self-Esteem.” Rather, we are to be humble, serving, loving and forgiving.

So, the path to a Virtuous, Free Society capable of replenishing and sustaining itself certainly goes through years of virtuous Education. But it actually starts and finishes in the home, or with whomever is raising a child. If you have any part of that responsibility, I urge you to learn from John Rosemond’s wisdom—you’ll be much better at it, and more relaxed.

And the nation will thank you—and keep thanking you—for years to come.

As 2022 ends I am well into my 76th year, I’m aware that I need to focus my actions and to simplify my responsibilities if I’m going to finish what I think He has for me to do here, before He reassigns me.

I began these blog posts at the intersection of Faith, Economics and Policy back in the summer of 2010, and I’ve written at least one every month ever since. I have to say, as an aside, that I’ve gone back and read most of them again, and I really wouldn’t change much, which I guess is good.

Meanwhile, besides a lot of non-writing responsibilities, I want to finish and publish my fourth novel, which has the working title of Nation On The Edge. Most of the main characters from the first three novels come together in Washington, D.C., as the nation deals with a series of deadly attacks. And in this novel there are again visible-to-the-reader angels and demons, as in On The Edge.

This novel has taken years to finish, but I think He slowed me down, because so much has happened in the last three years, and if those events had not been at least alluded to, the novel would have seemed outdated almost immediately. Now I hope it will be both entertaining and relevant. And I will be looking for volunteer Beta Readers who would like to have a first, confidential read of the manuscript to give feedback on how to improve the draft. If you would like to do so, please email me at parker@parkerhudson.com, and please put “Beta Reader” in the Subject Line, so it won’t get lost.

In addition, I want to create and publish an audio version of On The Edge. Plus a curated collection of these posts, arranged by topic.

So, I have a lot to do in just this part of my life, and starting next year I’m going to relax my self-imposed schedule of writing a post every month. I may write more posts, but I won’t feel like the calendar is pushing me to finish at least one every month.

I hope you’ve enjoyed these posts over the years, and I wish you and your family a safe, healthy, prosperous and grace-filled New Year.