One guaranteed way to win an argument is to insure that your opponent never has any input into the debate.  The secular lock-out of religious input into the public square has been gaining strength for decades, but now the pace of this discrimination is rapidly increasing.

I have written previously on Alexis de Tocqueville’s 1836 observation that America’s unique strength was how Judeo-Christian faith and values were woven deeply and inexorably into the multi-faceted quilt of our society.  People might differ on the details of worship, or on specific laws, but the underlying foundation for the discussion was a nearly universal belief in the God of the Bible as the Creator and Sustainer of all people, and particularly of this nation.

The gifts of wisdom, discernment, understanding and the knowledge of God which come from a life of disciplined faith can inform laws and policies in ways that are impossible for the secularist.

Until the end of the nineteenth century, all law in the U.S. was based on the principle that God, the Creator, gave us immutable natural laws, like “Do not murder”, which always trump any manmade laws, in any society. 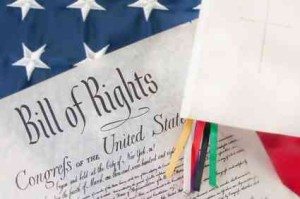 These were the founding principles in our Declaration of Independence, in the anti-slavery abolition movement, and in our own Civil Rights revolution.  Looking back, it is hard to imagine any of those three transformational movements happening without the moral force of the Church, and without people faith as the foot soldiers.

The wave of European secularism, espoused theoretically by Darwin, Freud and Marx, and then implemented by Lenin, Mussolini, Stalin and Hitler, pushed “science” and “the state” to destroy faith and the individual.

While America has of course not suffered the violence of the states just mentioned, progressives and statists have continued their fight to remove the foundation of our nation—our faith—from having any voice or input into any national debate or our policies.  And their efforts received a boost in the late 1800’s by adding the coercive legal power of the state.

Jonathon Crumly, Constitutional lawyer and a speaker at the recent Truth for a New Generation  conference in Charlotte, raised the alarm on this issue, pointing out that it was Christopher C. Langdell, the Dean of the Harvard Law School from 1870-1895, who pushed the concept of Legal Positivism over Natural Law.  Under Legal Positivism, one legal case informs the next, and ultimately whatever the court, or the ruler, says is deemed to be the law.  Like Darwinian Evolution for the Law.  Any judge can take any series of cases and come to almost any conclusion.

Using one new law and judicial ruling at a time, God and faith have been removed from our public places and our general discussion.  And there has been a resulting destructive slide in our public school system, families, personal responsibility and, most recently, our military officer corps.

And now the secularists have a new weapon with which to silence those who believe that our faith should guide us in our public declarations as much as in our private actions.  That weapon is Freedom of Worship.

Carmen Fowler Laburge, another speaker at the TNG Conference, pointed out how the current Administration and the media re-purpose words to fit their agenda.

The Constitution guarantees that Congress will pass no law which prohibits the free exercise of religion, or of speech.  That means that we can exercise our religious faith, and also talk about it, with no restrictions.  That Constit 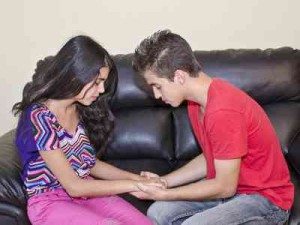 utional right, except in rare circumstances, trumps any specific law that Congress might pass.   It was meant to prevent us from descending into tyranny.

But there has recently been a seemingly slight but actually crucial re-purposing of this concept.  They now talk about Freedom of Worship, not Freedom of Religion.  The concepts sound similar, but they are very different.  The former means that you are protected while you are inside the four walls of your church, but don’t bring your ideas out into the public square where others might hear or be affected by them.  Or try to act on your faith, even in your private decisions.

The combination of Freedom of Worship with Legal Positivism means that with just a few more judicial decisions, and a new majority on the Supreme Court, the Constitution will be trampled and the state will triumph.  In that process, liberty will be destroyed, and tyranny begins.

An egregious example is the case of Elaine Huguenin in New Mexico.  She is a photographer who, seven years ago, declined the opportunity to be hired to shoot pictures at a same-sex commitment ceremony because of her religious beliefs.  She gave up income.  She is not in a government regulated business.  She just did not want to participate.  See https://bit.ly/1aEfuO0 and https://bit.ly/17tl3lP for the full story, 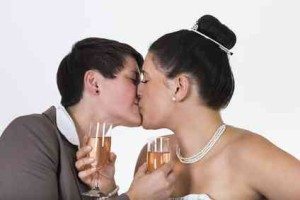 but the bottom line is that the New Mexico Supreme Court ruled unanimously this year that she must take the job, no matter her religious beliefs.  They gave her the choice of photographing gay weddings, or going out of business!

If I had not read about this case from reliable sources, I would not have believed it.  The question here is not what one thinks about Gay Marriage. Everyone, gay and straight, should be concerned that the state is requiring someone to perform a service which she does not wish to do.  Or stop earning her livelihood.  How did the New Mexico Supreme Court justify this ruling?  They state in the opinion that this requirement is a “Price of Citizenship”.  Where did that concept come from?  That we owe the state something and must submit to its will in our personal business?  Marx, Lenin, Hitler and Stalin would be proud.

Another example is the parsing of religious freedom as it applies to houses of worship vs. entities operated by houses of worship.  Obamacare will allow Catholic churches (Worship) an exemption from its requirements on abortion and birth control, but not Catholic hospitals, orphanages or schools (Religion).  Don’t bring your faith outside the walls of your church.  If you do, the state will crush you.

What or who is next to be bludgeoned into submission for religious beliefs?

How can a doctor refuse to perform abortions, if he or she is in any way touched by Obamacare, which, of course, virtually every doctor is?

If a hotel elects not to offer pornography on its entertainment channel, can a visitor sue because he wants it, and pornography is legal?

This issue is not some small, esoteric footnote.  It is a big deal. I recently read Eric Metaxas’ biography of Dietrich Bonhoeffer in Germany as the Nazis rose to power.  I am not equating our current situation to Germany in the 1930’s, but I am stating forcefully that if the secularist forces in the state and the media succeed in forcing people of faith out of the public square, then the nation will suffer in ways we cannot imagine.  Those of good will in any debate must then ask, once those of faith are gone, who will be the next to be targeted, and forced to go?  Once tyranny begins, it consumes its own.