This post is a collection of reflections occasioned by seeing my old friend Katya Krausova in Washington next week (weather permitting).

I met Katya in the fall of 1968 when she, as a member of the first group of Czechoslovak students allowed to travel to the West after the Prague Spring, was stranded in London when the Soviets invaded her country in August.  That fall the British government gave every Czech student a scholarship to attend a comparable UK college, and Katya came to London School of Economics, where I was working on a masters degree as a Marshall Scholar.

We became friends. In December I travelled behind the Iron Curtain for the first time to Bratislava and Prague and met her parents, who had been imprisoned by the Nazis, and then by the Soviets.  I smuggled letters to them, and to the families of other stranded students, because they had no way to communicate openly without their parents being punished.

Of course The Wall came down twenty years later, and Katya, who had stayed in London, has had a vibrant career in television and film production. Her company, Portobello Pictures, won the Academy Award twenty years ago for the best foreign language film, Kolya.  I recommend it!

To learn more about Katya’s most recent passion, please go to The Last Folio. My wife and I are headed to DC for the opening of The Last Folio Exhibit at The Wilson Center on January 28th. Please join us if you can!

The Exhibit is a collection of striking photos taken by Yuri Dojc from inside a Jewish school, exactly as it was left on the day in 1942 when the Nazis came to take the young students away to the death camps.

The Last Folio will illicit many thoughts from all who experience the exhibit, the book and the movie. Here are my first reflections after studying the striking photos and hearing the survivors’ stories in the movie.

Evil is real, and the bars to its cage are very loose.  Hitler was appointed Chancellor in 1933, and these innocent boys were taken away to be killed only nine years later.  How could that happen in a modern country?  Good people must stand up to Evil when it first slips a finger through the cage bars, or else, as so many good Germans learned, it can quickly be too late, once the thugs have all the guns and all the power.  For a more recent example, ask the young demonstrators in Iran in 2009.

My friend Katya spent the first two decades of her life under Communist rule—an evil perpetrated on Russia by Lenin and Trotsky, on China by Mao, and on Katya’s country by the Red Army and elitist intellectuals who were willing to kill to get their way.

For me, the counterpoint is that if Evil exists, then so does Good, because otherwise we would not know the difference. The Good has revealed its nature in the servant life and miraculous resurrection of our Savior, and I cling to his promises, even when I don’t understand Evil’s temporary ascendance.

History is no guarantee of the future.  The Nazis came to power in Germany and the Fascists in Italy, in two countries which gave the world some of our best philosophers, scientists, artists, and theologians, including Martin Luther. Read Eric Metaxas’s great book on Bonhoeffer for a detailed accounting of how totalitarian Evil can grow—one seemingly innocuous program, bureaucratic office, and executive order at a time, until it is too late. 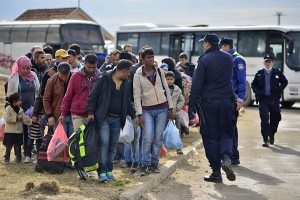 Anti-Semitism is on the rise in Europe again. If so, how can it be good to bring in millions of new Muslim immigrants who have been taught from kindergarten that Jews are not really humans, much lower on every scale than Muslims, to be punished or killed if they do not submit?  These are Muslims who clearly have no interest in assimilating into European culture and beliefs, but who will remain chained to Sharia Law and all of its 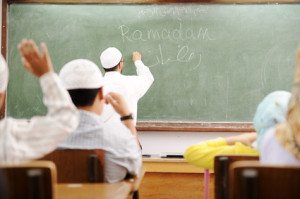 hateful, incoherent requirements. I am conflicted by my natural desire to help those in need, on the one hand, and by my realization that Sharia Law is incompatible with liberal democratic thought and personal freedom.  Islam should not be encouraged to grow and expand because it is an all-consuming, totalitarian ideology, not just a religion, and Sharia Law hands the cage’s key to the Evil inside.

Not our Progressive Elitist. Since Progressives are constantly at work to make us all better and happier, whether we need their help or not, I guess it is inevitable that they occasionally stumble into dead ends. It is incredible that The Wilson Center is hosting the Last Folio, and their generosity and hospitality are very much appreciated.  I just worry how much longer they will be able to keep the name of the 28th President, given the attacks on him from students at his beloved Princeton, and elsewhere, because in his Progressive fervor to make the world better, which to him meant advancing white Europeans, he was also a strident racist.

While I detest Wilson’s racism, I think we are wrong to expunge those whose actions would no longer be acceptable, because we thereby weaken the links to our own history, good and bad, from which we can learn.

And Wilson was an adamant supporter of the Jewish people—he appointed the first Jewish Supreme Court Justice and supported the Balfour Declaration, which encouraged the creation of a new Zionist state.

One might ask how Wilson could be a racist. At least part of the answer must lie with that other icon of Progressive thought—Darwin, who “proved” scientifically that blacks are an inferior link between monkeys and white people. With his “proof” that racism is scientific, I have to wonder how Darwin would be regarded today if Progressive Secularists did not need him so badly for their ongoing foundational war on God and creation!  Surely he would have one foot out the door, like Wilson and Jefferson.

In that racial context, Wilson is only a midpoint stepping stone from the “science” of Darwin to the Ku Klux Klan and the Nazis, both of whom based their actions for “improving” conditions for “the best” of humankind by punishing or exterminating those deemed less worthy.

Against the “science” of Darwin, the hateful teachings of Islam, and the racially motivated segregation and abortion of early Progressives, stands God’s truth—that all of us, male and female, are created in His image and are therefore equal in His sight.  We are neither gods nor the result of random accidents—instead we are all created by Him, and He knows each of us individually.  So within all of us is the divine spark, the likeness of God, which requires mutual respect and love.

When we hear others sowing seeds of dissension, hate and intolerance, we must push back, quickly and effectively, emphasizing not our diversity, but our similarities.

In only a few years Germans went from listening to someone making statements about lesser human beings to actually carrying out genocide on an enormous scale. The same is true today for some Muslims and jihadists.

The Last Folio is a powerful reminder that we must not only remember, but also never let it happen again.