Is there no adult left in the Presidential race who can speak the truth even when it is unpopular? 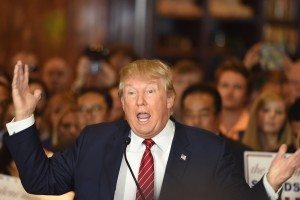 The Populist Left and Right have come together in their bashing of foreign trade—proposing tariffs and torn-up agreements to win “fairness” for the American worker and, supposedly, to raise wages.  Are they crazy?

Readers of this blog know how much I revere Henry Hazlitt and his short book, Economics in One Lesson.  Please read it.  Here is the key proposition from his first chapter:

The art of economics consists in looking not merely at the immediate but at the longer effects of any act or policy; it consists in tracing the consequences of that policy not merely for one group but for all groups.

I wrote about Hazlitt’s profound logic in general two years ago in an earlier post, “What We Don’t See is Killing Us”.  Here I want to apply Hazlitt’s truths to the issue of free trade and tariffs, as he brilliantly addresses in Chapter 11 of his book.

All of the remaining Presidential candidates, after a curt nod to “I’m generally for free trade”, have bemoaned how some aspect of trade or trade deals has hurt America.  The result is that trade in general now has a 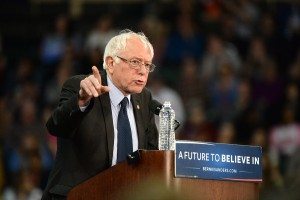 bad name and is blamed for many ills, when in fact it is a key engine of economic growth and of higher, not lower, real wages. Hazlitt’s admonition always to look for the less-visible-but-still-very-real impacts of any policy—in this case trade policy and tariffs—helps us separate truth from fiction.

The typical campaign statement is something like “Japan exports cars to us but will not let America export cars to Japan, thereby hurting the American auto industry and the American worker. We need a better deal.”

Now if Japan makes it difficult or impossible for us to export cars there, then a portion of that statement is true—we are making less cars and presumably hiring less people in the auto industry than we otherwise would. That is the visible part.  And it looks bad.  Should we therefore erect a tariff to make their cars more expensive, or ban them, in retaliation? Before considering the less visible but still real effects, let’s stay with the visible for a moment.

As Mort Kondracke and Matthew Slaughter recently pointed out in their excellent Wall Street Journal Op-Ed piece, “Making the Case for Trade”, creative destruction in the American workforce is both natural and critically necessary. When it is reported that in December we created 300,000 jobs, it is not as if stores and plants suddenly opened that month and hired 300,000 people on top of those already employed in November.  Rather, this figure is the net result of losing 5.1 million jobs that month, while gaining 5.4 million new ones.

The churn goes on, constantly and incrementally, and when fresh capital is also deployed, the process raises productivity and real wages. Anything that stops or reduces that creative destruction—a regulation, tax, bad policy, or protective tariff—ultimately shelters particular industries and special interests from that 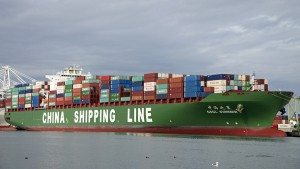 regenerative process, and thereby lowers our total national output, our choices, and our wages.  Without this process, and with enough government protection of the status-quo, we would still be taking pictures with film, talking on landlines, and typing on typewriters—and lots of employees in those industries would still be visibly employed!  But we are all better off that they are not.

Going beyond the impact of a tariff on direct employment in a specific industry, let’s look for the less visible but substantial effects of a tariff on the nation as a whole, on consumers, and on other employees.  Using an extreme example to make the point, imagine that Japan went beyond selling comparable cars more cheaply, and instead decided to give every American family a new car every third year as a gift!

Presumably employment in the U.S. auto industry will be decimated, as production will decrease to provide autos only to those who refused to accept Japan’s gifts, or who needed a second car.  But what about all of the individuals and families who will save $25,000 or more every three years, and perhaps no longer ever need to buy a car?  This gift will be equivalent to a boost to their wealth, and they will use these new funds to buy other items, boosting other industries, which will increase their output and also increase employment. The nation as a whole will be better off by transportation costing so much less, freeing funds to buy more homes, sweaters, computers, education, vacations, etc., etc. 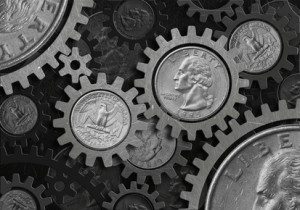 Would anyone seriously consider not accepting these gifts?  Apparently so, since to a lesser extent that is what we are doing when we impose a tariff.

If one of these candidates took issue with Japan’s offer of a free car and blocked it, or put a high tariff on Japanese cars or other imports, none of those other U.S goods and services could be bought with the spare funds, and none of those other employees would be hired.  Moreover, by creating artificial conditions with a tariff which kept U.S. workers in protected jobs that were not as productive as other jobs (think film and typewriters), the overall productivity of the American workforce would fall, and total wages would be lower than would otherwise be possible.

The results of the tariff or import restriction are therefore: 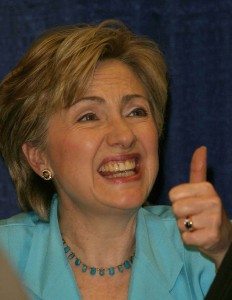 It is hard to imagine a subject on which the gaping divide between the current campaign rhetoric of the two Progressive candidates and the Populist candidate, on the one hand, and the actual truth, on the other hand, is more striking!  And yet the rhetoric rolls on, unchallenged for the most part by the mainstream media.

If other countries want to harm their citizens in this way, by all means let them—we’ll take their cheaper goods and buy more stuff for ourselves, while also earning more in more productive, better paying jobs.  And someday when those countries’ rulers understand these truths, hopefully they will remove their quotas and reduce their tariffs, and we will export more to them, even further enhancing our national output.

OR we can all do just the opposite.  We can increase tariffs and trade barriers, raising prices on many goods, reducing the world’s total output, giving our consumers fewer choices, and reducing our wages.  But we’ve already tried that.  It was called the Great Depression.  Please, Presidential candidates, don’t lead us there again.

Instead, embrace the great benefits of trade, and be man or woman enough to support more trade, not less, because more trade is much better for our nation.