In my first novel, On The Edge, written 27 years ago, there is a fictional broadcast television show called 911 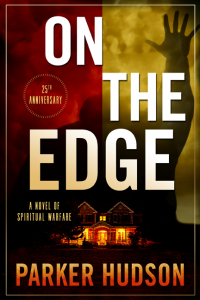 Janet Sullivan, the protagonist’s wife, is an executive at a local TV station and has to decide whether her station should carry the network show, leading her to make some tough choices.

Now a nearly identical version of the show is real. It’s called First Responders Live and is on the Fox Broadcast Network.