One of my favorite sayings about Truth is:

“Truth is simple, and delights in simple statements. It expects to make its way by its own intrinsic force, and is willing to pass for what it is worth.

Error is noisy and declamatory, and hopes to succeed by substituting sound for sense, and by such tones and arts as shall induce men to believe that what is said is true, when it is known by the speaker to be false.”

In America today we are desperate for The Truth. For our nation to function properly for our citizens, and to maintain our world leadership as a beacon of freedom and hope, we must base our decisions, policies and votes on actual facts, on The Truth. And as Pastor Barnes points out, Truth is not necessarily the first thing we hear about on any subject. Nor the most repeated. Nor the most acclaimed by experts. Nor the most quoted.

Truth is often relatively quiet and drowned out. But, ultimately, Truth is incredibly powerful, if it is allowed to be heard and understood.

Right now, we need Truth to be unfettered and unfiltered by special interests, political agendas and media playbooks. We just need The Truth.

To actually find the Truth on several issues may take time, honest investigation, brave witnesses, and open minds.  But we need The Truth, even if it takes several months or even years, honesty and bravery.

Then last week I had a dream.

As I listed the key areas where I think it’s imperative for the light of Truth to shine as soon as possible, l came upon a radical new way to more clearly and quickly get there: Joint Reports.

Since those on the left and right tend to believe only news and opinions from “their” sources, and to doubt the truth and validity of the other side’s sources, I had a dream that our entrepreneurial Media will create investigative News and/or Opinion pieces—including broadcast, print, and streaming formats—that is jointly and evenly produced by two “opposing” sources.

On each of the subjects below, and of course others, in my dream I saw/read future Joint Reports done together by, for example, CNN and Fox News. Or by The New York Times and The New York Post. Or by One American News and MSNBC.

I’m most interested in learning—again, either as News or Opinion—what their organizations agree to report together as The Truth. Hopefully it will turn out to be a lot. But if one or both wants to also issue a Minority Report along with the Joint Report, that’s OK. So long as the Minority Report is also backed up with facts and figures.

And I don’t just mean two celebrities tossing overworked one-liners at each other. I mean a serious joint report deeply 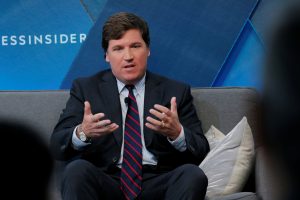 investigated by both organizations’ most experienced staff, with no anonymous sources, and every statement backed up by verifiable facts and footnotes. And any unknowns labeled as such.

Imagine Tucker Carlson and Anderson Cooper working together, actually reporting what they both jointly believe The Truth to be on an important subject, in a serious and thoughtful manner.  Would you watch?

In this format hopefully we can more quickly get to The Truth, along with any honest nuances—all clearly labeled and disclosed for everyone on all sides to evaluate.

In the real world beyond my dream, I–and perhaps many others–would be glad to pay for this kind of investigative Joint Report. Surely someone in the Media can make it happen, even as an experiment.

Now, what are the key subjects that I hope the first Joint Reports might tackle?

1 and 2. Of course the 2020 Election Results and Election Procedures in General are the obvious first two that beg for The Truth to be investigated fully, and then honestly reported. Even if it takes several months and tenacious digging by brave people.

For me, more than three months after the elections, I don’t think there were enough issues to change the Presidential results, but I don’t know it, and I want to.

As an example, a friend recently pointed me to Kill Chain: The Cyber War on America’s Elections, a documentary done by HBO which, importantly, came out in March, 2020. The experts interviewed are almost all government or educational experts, liberals or progressives, and they make the case over and over that most states’ election machines or processes can be easily hacked and the actual votes changed, and no one will ever know.

In retrospect, this high-quality video seems to be an expensive set-up for this expert group to then argue that the 2020 election had been stolen, if Trump had won.  But, since Trump lost, we never heard from them again, except a couple who issued statements within 48 hours of the elections that the results must have been fair and correct. How can that be? How did it all change completely from March to November? What is The Truth?

And on the election process in general, they’ve convinced me that the ONLY way forward is with paper ballots which record the names of the candidates voted for, not just a bar code to be scanned, and which are kept and then subject to two-person, hand count audits, if required. Anything less than that, and any ballots which don’t require an ID to qualify—either in person or by mail—leaves us open to manipulation and fraud, which will destroy our republic.

I also think that the election process should be left to each state, as provided in the Constitution, without a one-size-fits-all nationally imposed technological and process mandate. You would imagine that states of similar physical and population sizes would arrive at three or four generally accepted solutions.

But that is just my own reasoned opinion on these subjects at this point. Is it The Truth? I don’t know. I want to know. Please, New York Times and New York Post, investigate all this together and give us a Joint Report of what you find that you believe is actually The Truth.

3. George Floyd. As I pointed out six months ago in an earlier post, the details of Mr. Floyd’s tragic death are complicated at best. Now that a jury has been seated in the first trial, we can expect a verdict in the near future. Given the events immediately after his death, if there is any chance that the jury will acquit the police officer(s) on the murder charges, the media has a responsibility to prepare the nation for that possibility starting now.

Because you may need to engage in a discussion of The Truth on this subject, please start your own assessment by watching the full bodycam video from one of the arresting officers, and evaluating one of the attorney’s early arguments—both links can be found in that earlier post.

Given the visual nature of this issue, and the haste required, I’d like Fox News and CNN to take on this Joint Report assignment, to bring us The Truth.

4. The Southern Border and Immigration Reform. Important events are occurring daily, but the overall context for solutions is long-term and filled with economics and politics. Could The Brookings Institution and The Heritage Foundation please take this one?

5. The January Insurrection at the Capitol vs. the Months-long Mayhem and Destruction in Portland and Seattle: Similarities and Differences. How about The Cato Institute and 60 Minutes?

6. Trump, Clinton and Biden Family Dealings Overseas—All the Details and Payments. One America News and MSNBC seem like excellent candidates for this Joint Report.

7. So as not to appear to be too America-focused, I recommend David Satter’s OpEd piece in the March 22nd Wall Street Journal on the important need to find out The Truth about the following issues in Russia: The poisoning of Alexei Navalny and Alexander Litvinenko, the murder of Boris Nemtsov, the downing of Malaysia Airlines Flight 17 (killing 298) and the 1999 apartment bombings in Moscow (killing more than 300). Are there any Western journalists who could or would take these on? And the list for finding The Truth in China is very long and growing daily.

There are of course many more subjects on which I have an opinion, but for which I want to learn The Truth:

Please add to this list yourself in the Comments below. And then we can dream of Joint Reports together.

The Truth. The actual Truth. It does exist. It is often partially or completely hidden—by willful deceit or Barnes’ “noise”—by those who benefit from the Lies.

The best defense against those Lies is an open, free, honest and tenacious press that is only focused on finding out and reporting The Truth. The Founders knew that a free press is key to our foundational system of Checks and Balances.  If each news organization by itself has trouble today discerning The Truth, then hopefully through filing Joint Reports in pairs they will find it and share it with the rest of us, so that we may make the best possible decisions.