We’re Here From The Government, and…

As addressed in last month’s post, there are many good reasons to dislike Critical Race Theory (CRT), and to work quickly to end its poisoning impact on leadership in our nation’s corporate, education and military’s highest circles.

One of the least discussed reasons to end CRT is its teaching that Oppressors—Whites, Males, Heterosexuals, and Christians—will never change and will always oppress.

CRT’s answer to this “fact” of unrelenting oppression is that governments must step in to solve the problem. CRT teaches that “government”—a conglomerate of imperfect human beings—somehow knows best how to tilt outcomes to benefit one group of us over another.

In the long term it is this blind faith in government as our best problem solver which concerns me the most about CRT.  It gives a false 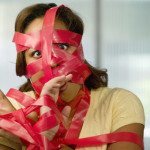 academic/theoretical “cover” to the already powerful tendency for bureaucracies to constantly expand their power.

Government is actually more often than not our biggest problem creator.

Lord Acton’s famous 1887 statement: “Power tends to corrupt, and absolute power corrupts absolutely” embodies the truth that as fallen people, no matter how altruistic we may start out, if you give one of us, or a group of us, more power over others, we will inevitably use it for our own advantage. From the local deputy sheriff to the President. 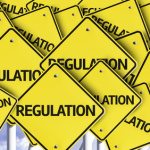 Which of course is why, as an aside, our Founders correctly relied on a written Constitution to set the rules, and then on checks and balances between groups to achieve the best results for the nation overall, rather than assuming that any one group, no matter how seemingly intelligent, gifted, or “woke”, was ever capable of governing a diverse nation on its own, even with the Constitution.

As CRT advocates imagine handing over more control to a Woke Government intent on correcting “unjust” outcomes, let’s look at how some previous programs have turned out, even those with the best original intensions.

Affirmative Action—Redistricting—Gerrymandering. The Constitution guarantees that every US citizen should have a vote, and it took years to win that right for Blacks and women. But then, in the 1960’s, well intentioned politicians decided that we needed to go beyond that voting guarantee and instead ensure that there will be more Black representatives in Congress, so all three branches of the federal government worked together to force states to redraw district voting lines to guarantee the outcome they thought would be “fairer”.

The government tilted the voting scale for Blacks, thanks in large part to the housing segregation designed by state and federal governments (see below), which allowed judges and boards to identify “Black neighborhoods”.

By the way, we didn’t redistrict Congressional lines to add more women, the other previously oppressed group, I guess because men and women have the long-standing habit of living very close to each other! But one could argue that Roe v. Wade in 1973 was the tragic, misguided result of the same government initiative to end “oppression” of women, even though it now results in two American babies being killed every minute. See “Progressives: What Does Abortion Have To Do With Economic Policy?”

Fast forward to today, and those good intentions have created the most stilted, dogmatic Congress in our history, because our Representatives are now elected from districts gerrymandered to achieve some racial or political advantage. Districts used to be purely geographic, and a candidate had to learn to appeal to a cross-section of the residents to be elected. Now candidates must adhere to a strict party line, with no compromise, or the true believers comprising the rigged district will vote them out. A terrible, tragic unintended consequence of giving government the power to influence outcomes. See more details at “Destruction By Identity”.

Segregated Housing. Gerrymandering is possible, in large part, because the federal government for decades only accepted and guaranteed 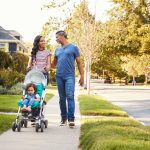 mortgages from neighborhoods where there was no mixing of races, which, in its wisdom, the government decided might lead to lower home values and mortgage defaults.

The blame for today’s lower Black wealth creation and resulting income disparities lies largely in these federal mortgage programs, which “redlined” areas in which Black Americans could not buy homes, or even live, in the name of preserving values. Brilliant.

For a much fuller discussion of this federally-induced tragedy, see my earlier post at “When The Law Is Wrong“.

Prohibition and The War on Drugs. These two programs are the poster-children for how the most well-intentioned initiatives by well-meaning elites 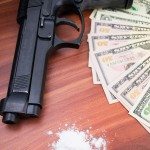 can turn out to be unmitigated disasters. Their awful legacies of creating more crime and evil than previously existed are well documented. For a couple of summaries, see “The War on Drugs Causes Insanity” and “The Best One Thing We Can Do Right Now“.

Aid to Families with Dependent Children and The Welfare State. I cannot possibly document the government’s “unintended” programmatic destruction of the Black family any better than Thomas Sowell does in his brilliant short essay, “A Legacy of Liberalism,”

in which he writes, “If we are to go by evidence of social retrogression, liberals have wreaked more havoc on blacks than the supposed ‘legacy of slavery’ they talk about.”

As these and so many other examples show, turning solutions over to the government to solve is fundamentally different from using any other problem solving entity, because governments have the power to tax, to police and to force compliance with their policies, even after they wander far away from the original intended goals.

And government mandates are almost impossible to modify or to stop once they become part of the entrenched bureaucracy, with an increasing budget, vested stakeholders, lobbyists, and perpetual funding.

Can you imagine putting one or more federal bureaucracies in charge of enforcing “just” racial outcomes?!?

Would you be charged or compensated due solely to the color of your skin, no matter you or your family’s individual experiences or history? 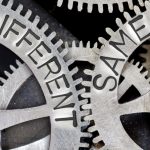 If you are black and arrived last year from Jamaica, are you as oppressed as other black Americans?

If your white historic family owned slaves, but you have worked diligently as a progressive, registering black Americans and immigrants of color as Democrats, do you get some credits to offset your otherwise-due oppressor’s tax?

Who will decide all that? And won’t those kinds of extra taxes and credits based on skin color alone, besides being unconstitutional, lead to more mistrust and divisiveness, i.e., to more racism?

If the CRT-solution were somehow actually implemented, we can confidently now predict that it will replicate the results of so many other government programs: it will actually create more of the evil it is supposed to diminish.

Systemic racism never had a better friend than CRT.